March 27, 2013
One night I had a really bad sugar craving and was looking around my kitchen. I realized I had a bunch of apples that needed to be used up.

Wash your apples before starting. Preheat the oven to 375F. I don't have a mandolin so I used a sharp nice and cut it as thinly as I could. Start slicing from the outside until you're close to the core. I used spartan apples and their cores aren't very hard so I got fairly close to the middle. Turn the apple around and do the same for the other side. I gave the core to my guinea pig and ate the small pieces that were left from the sides :)

Lay flat in a single layer on a baking sheet and sprinkle with whatever you like. I used cinnamon and a wee bit of brown sugar. Bake for about 20 minutes, checking on them often. Most online recipes I checked were baking them at low temperatures for a longer amount of time but I started these around 9:00PM so I didn't have 2 hours lol. If they're still not crispy enough to your liking, pop them back in for another 10 minutes and so on.

They would have tasted great without the brown sugar too, so I will remember that for next time. They're a great alternative for sweets and are so yummy. They also make your kitchen smell amazing. 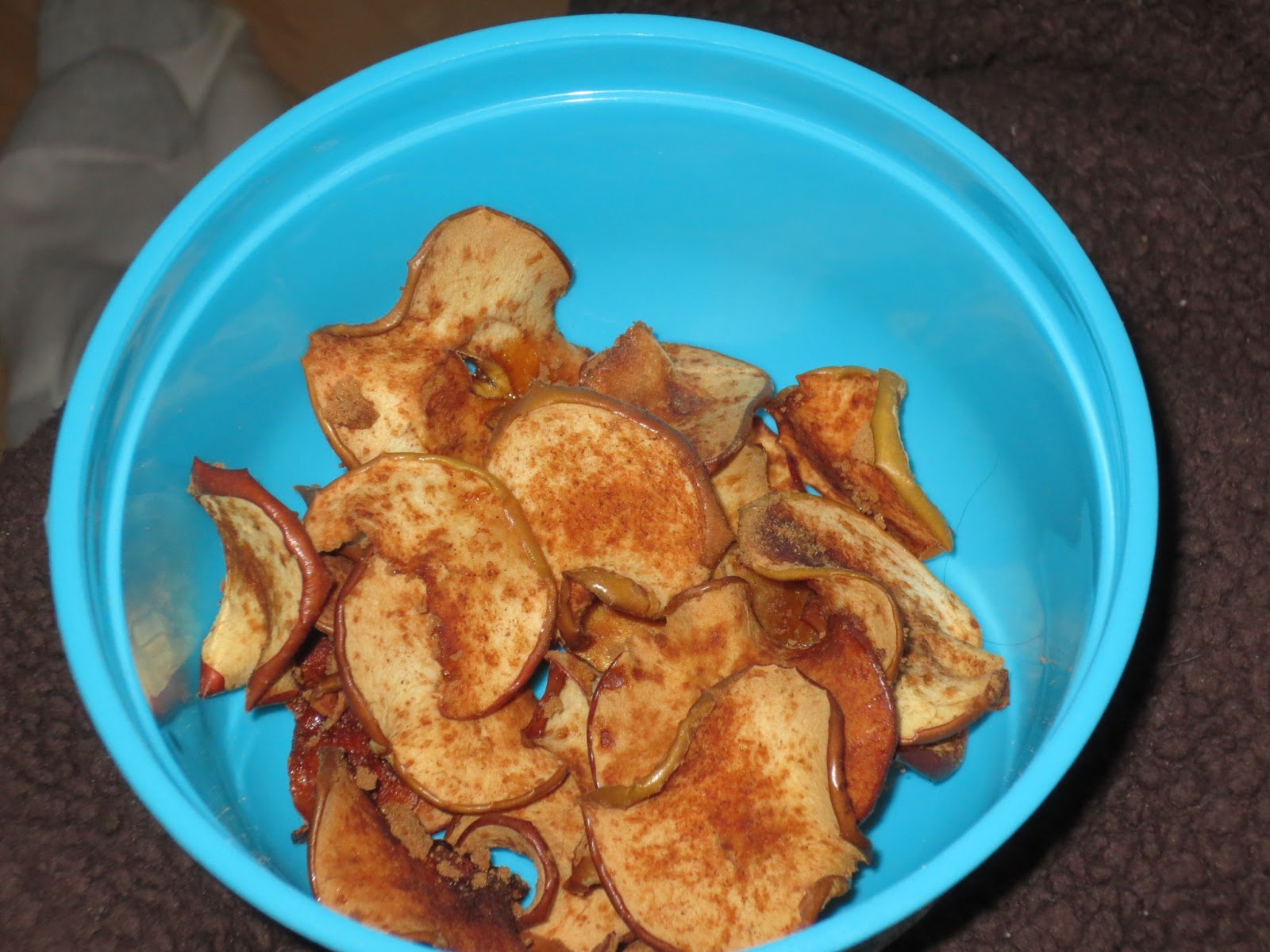