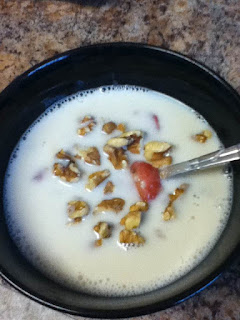 making of the steel cut oats 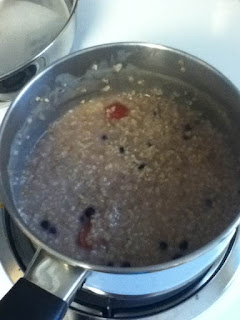 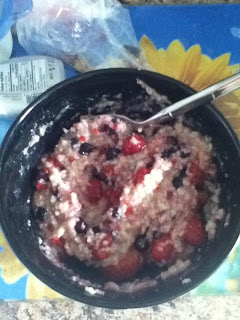 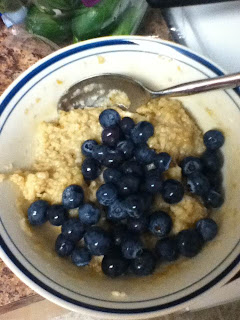 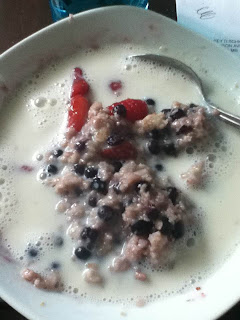 PC Blue Menu whole grain pancake mix topped with PC Blue Menu twice the fruit jam strawberry and rhubarb. I make a double batch of these one night and freeze them. Pop them in the toaster in the morning and top with some jam. They're really filling and are super yummy. 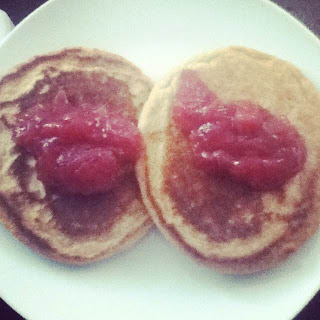 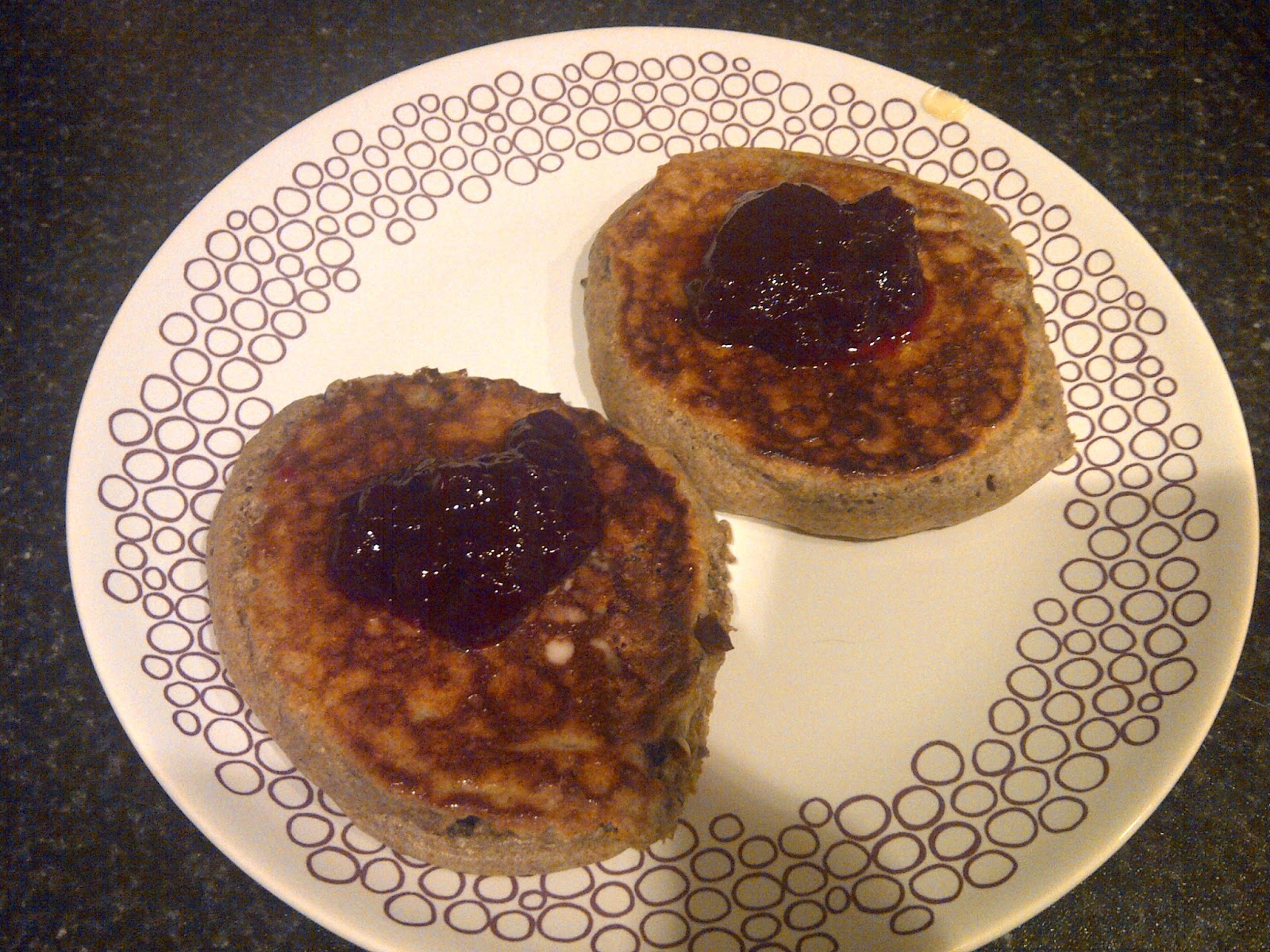 My typical breakfast these days:
For extra protein I have 1/4 cup of egg whites in the morning with my oatmeal or pancakes. I'll now be using my coconut oil to fry the egg whites in and this morning I added a teaspoon of it to my oatmeal as well. Also on top of the oatmeal is a tablespoon of ground flax seed. This keeps me full for over 3 hours. 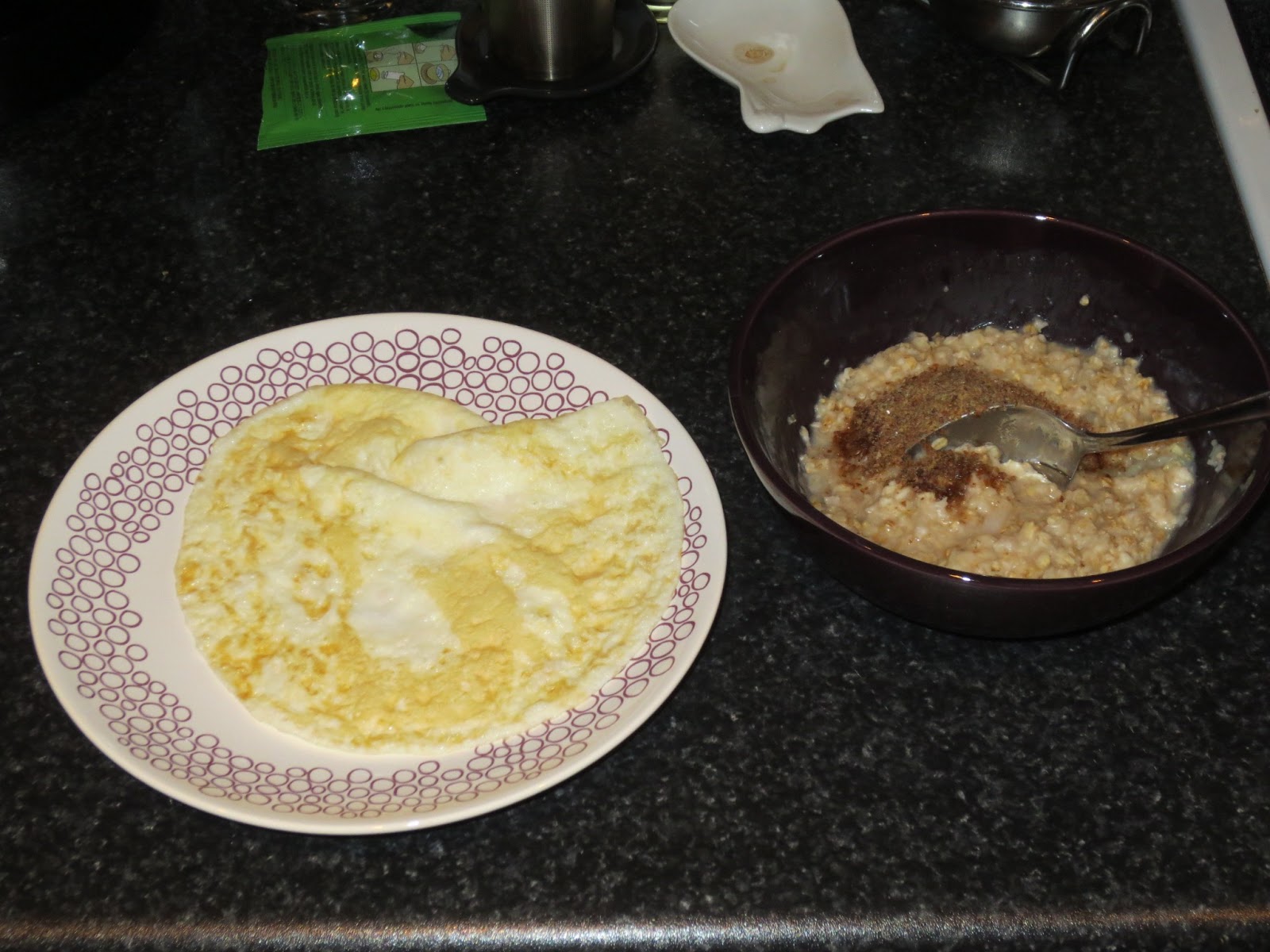 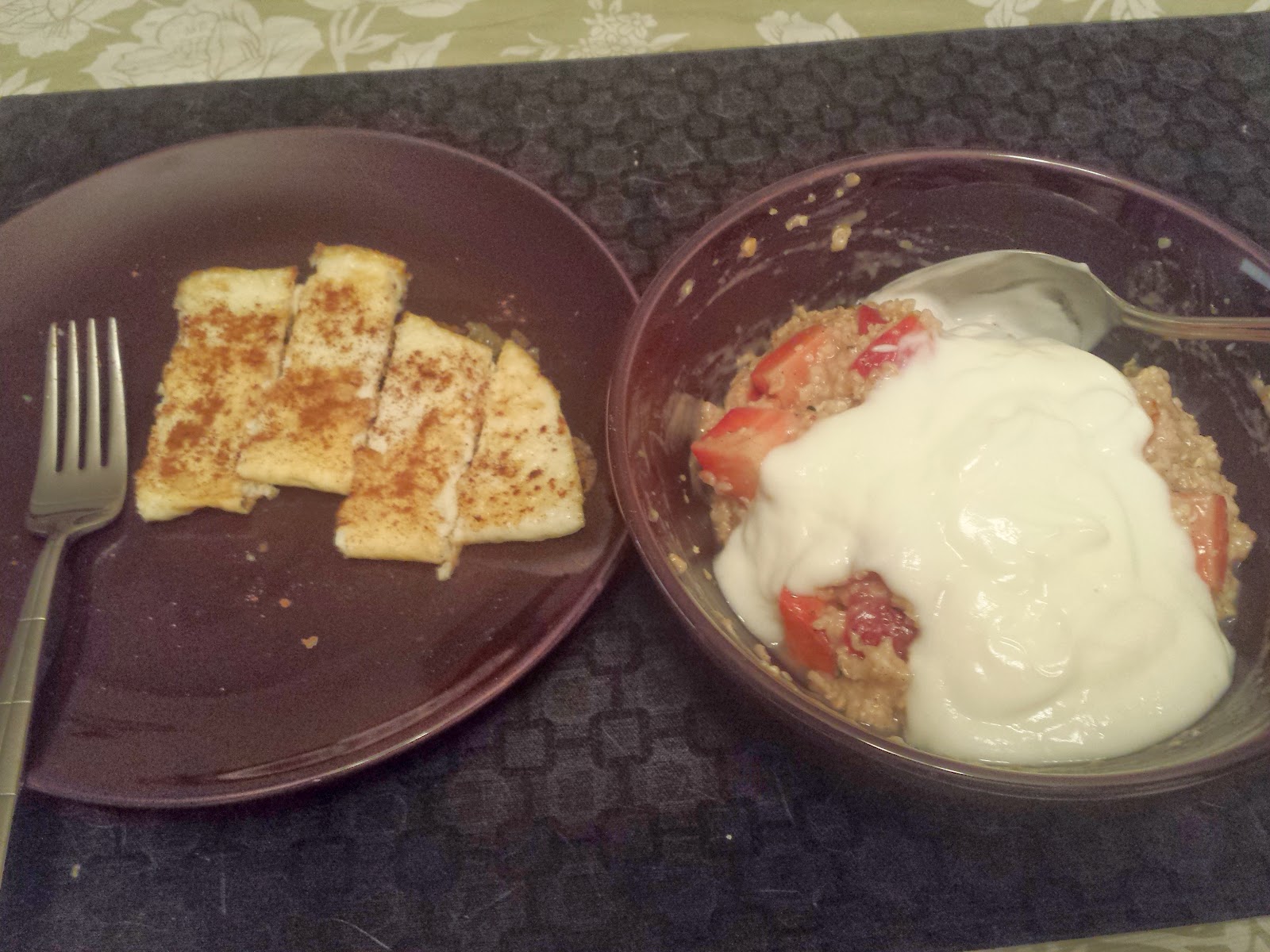 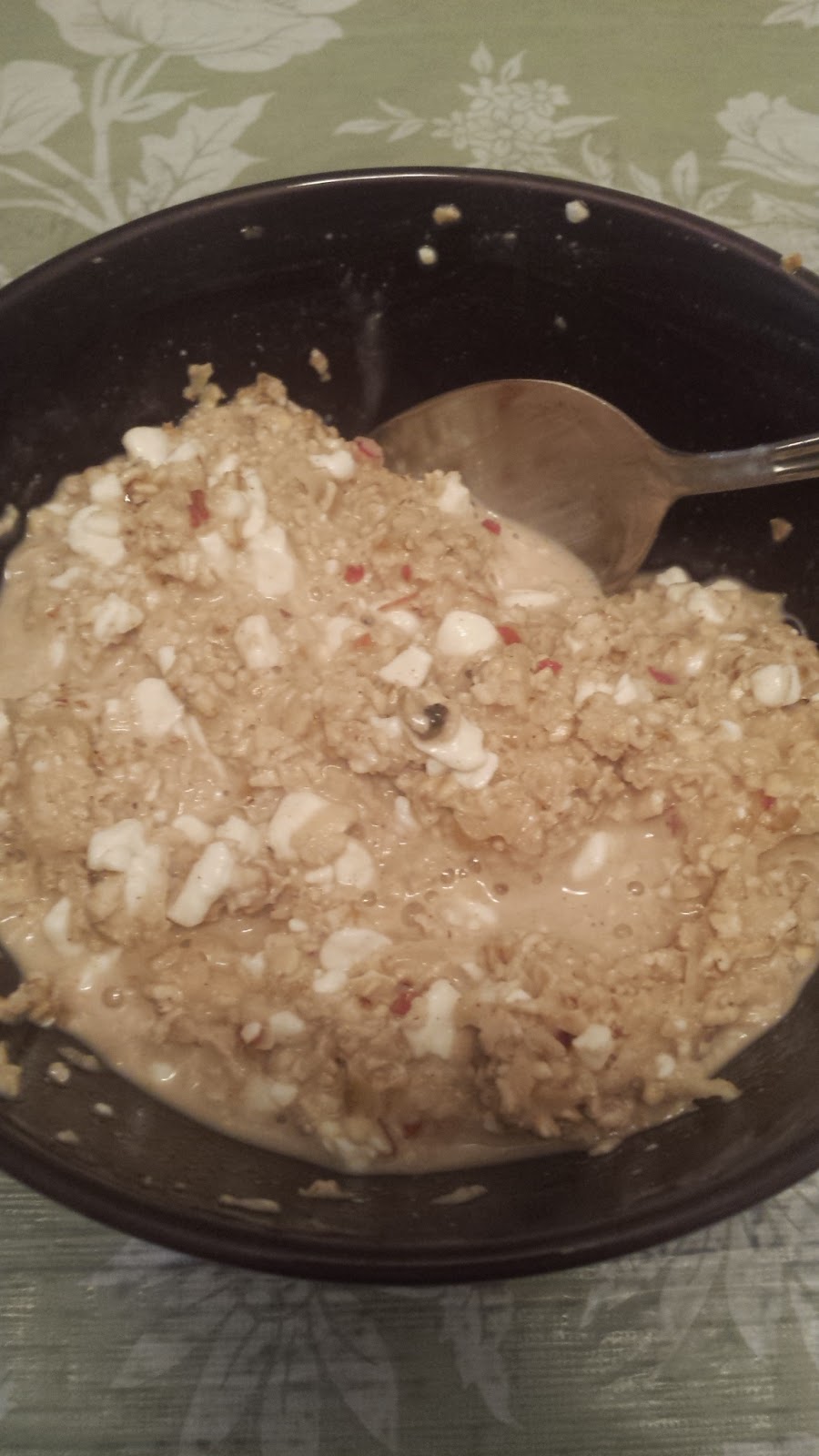 Recipe from BakingMadGymAddict. Overnight apple oats. (it has cottage cheese for protein!) 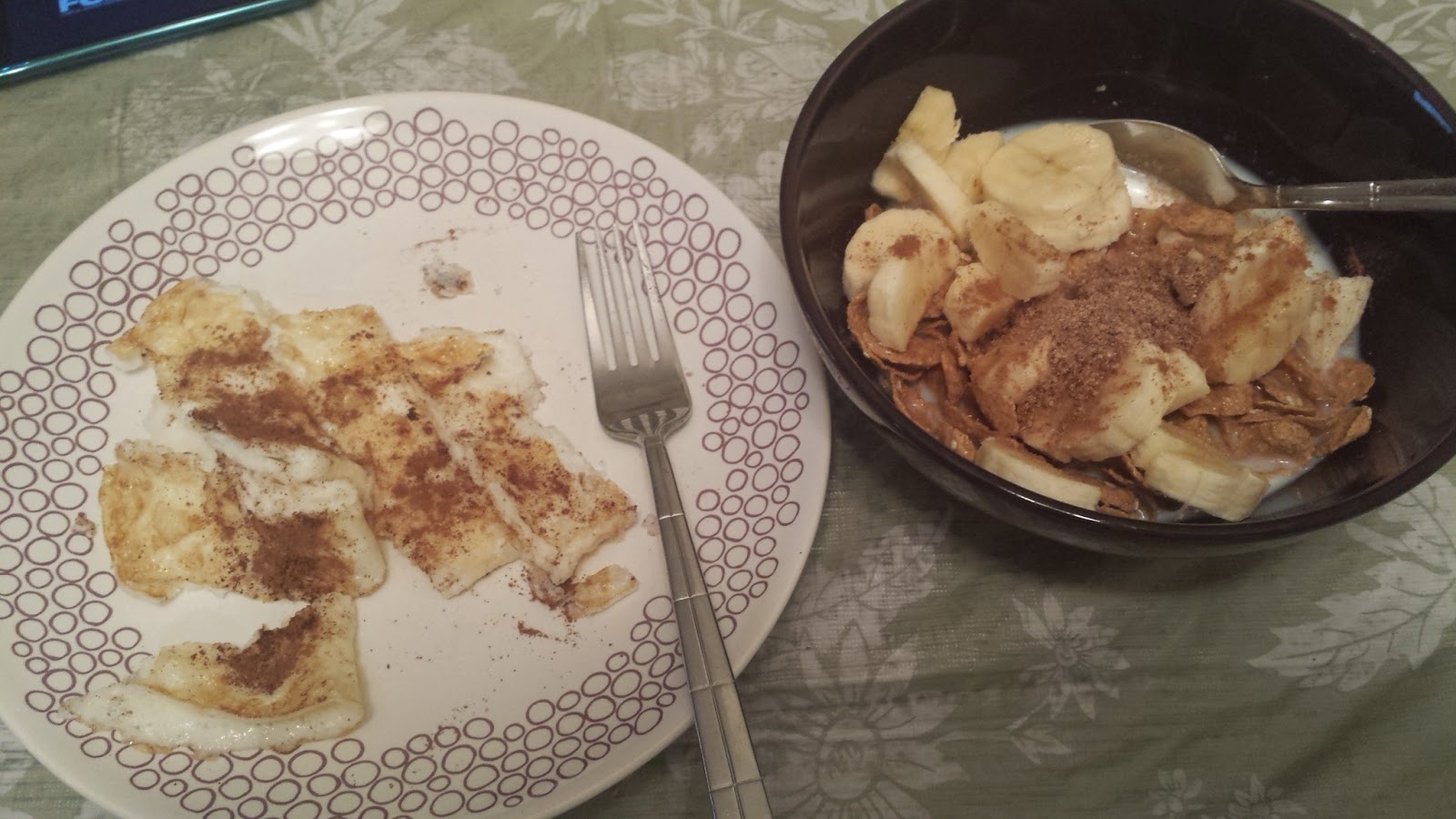 Egg whites and Special K cereal with half a banana, cinnamon, and flax seed. 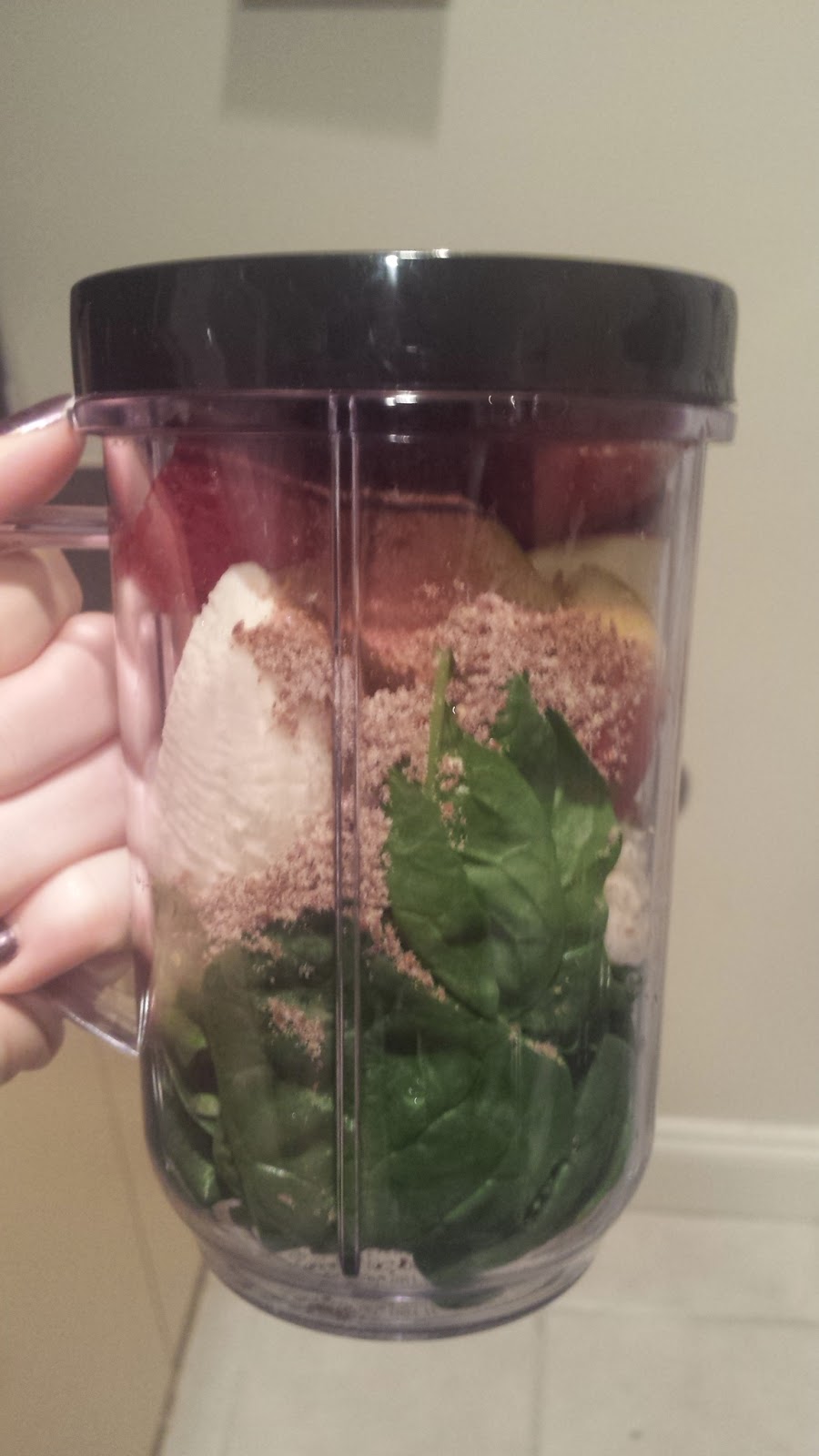 Green breakfast smoothie: handful of spinach, half a banana, 1/4 of a large gala apple, strawberries, ground flax, and cinnamon. I prepped this before bed and in the morning I added water to blend it together. Then added some plain yogurt, ice, and pineapple juice. 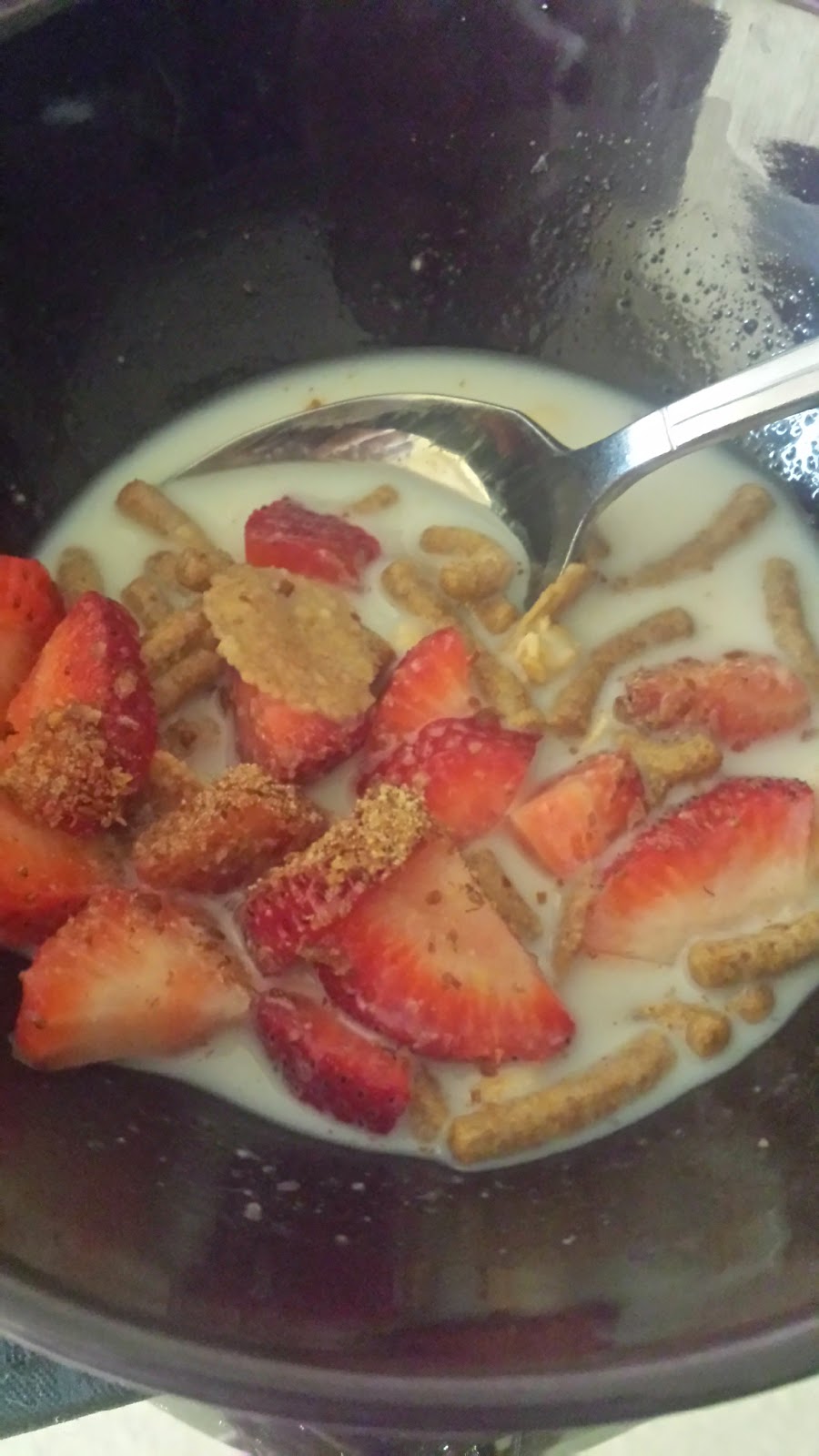 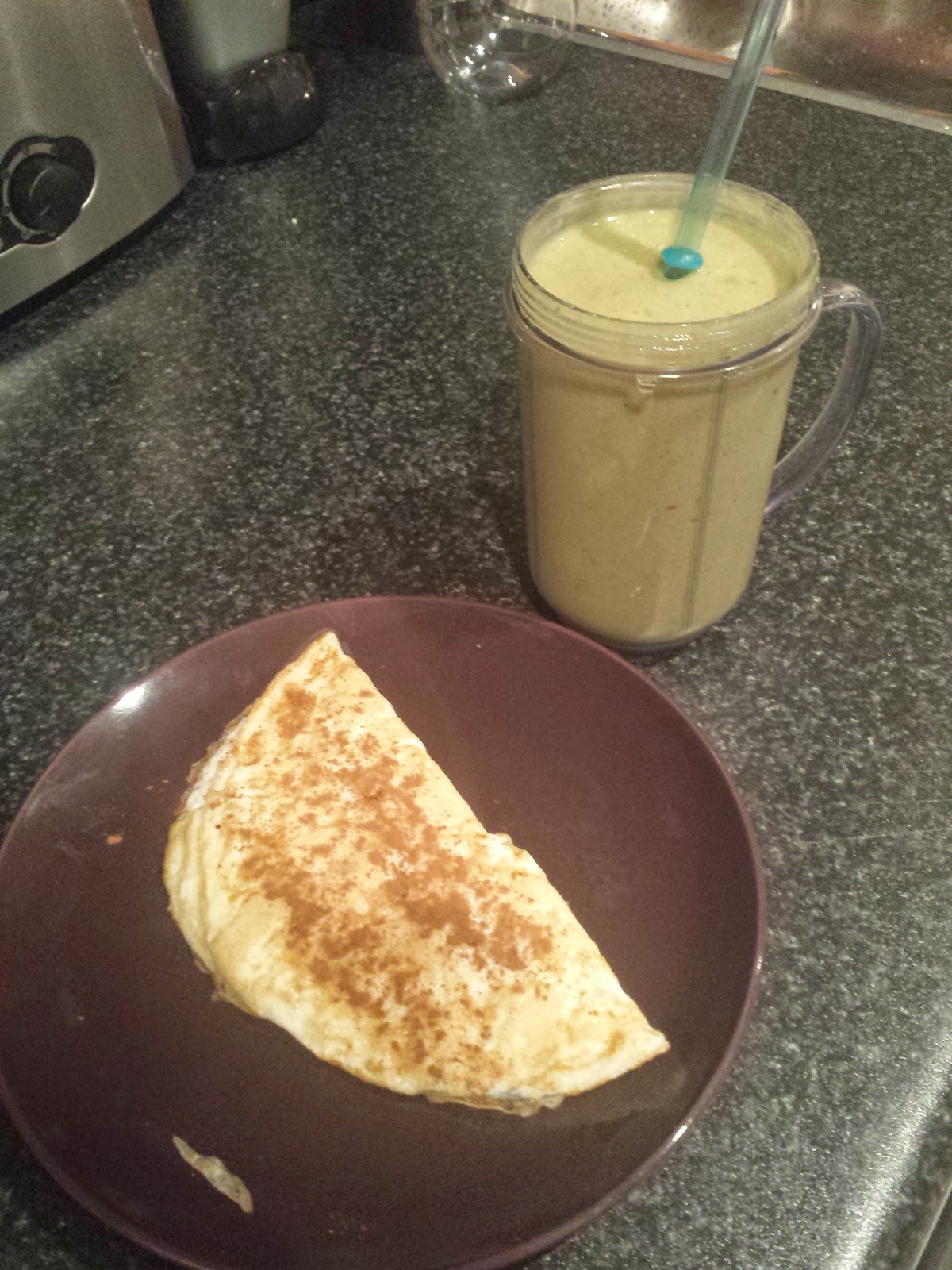 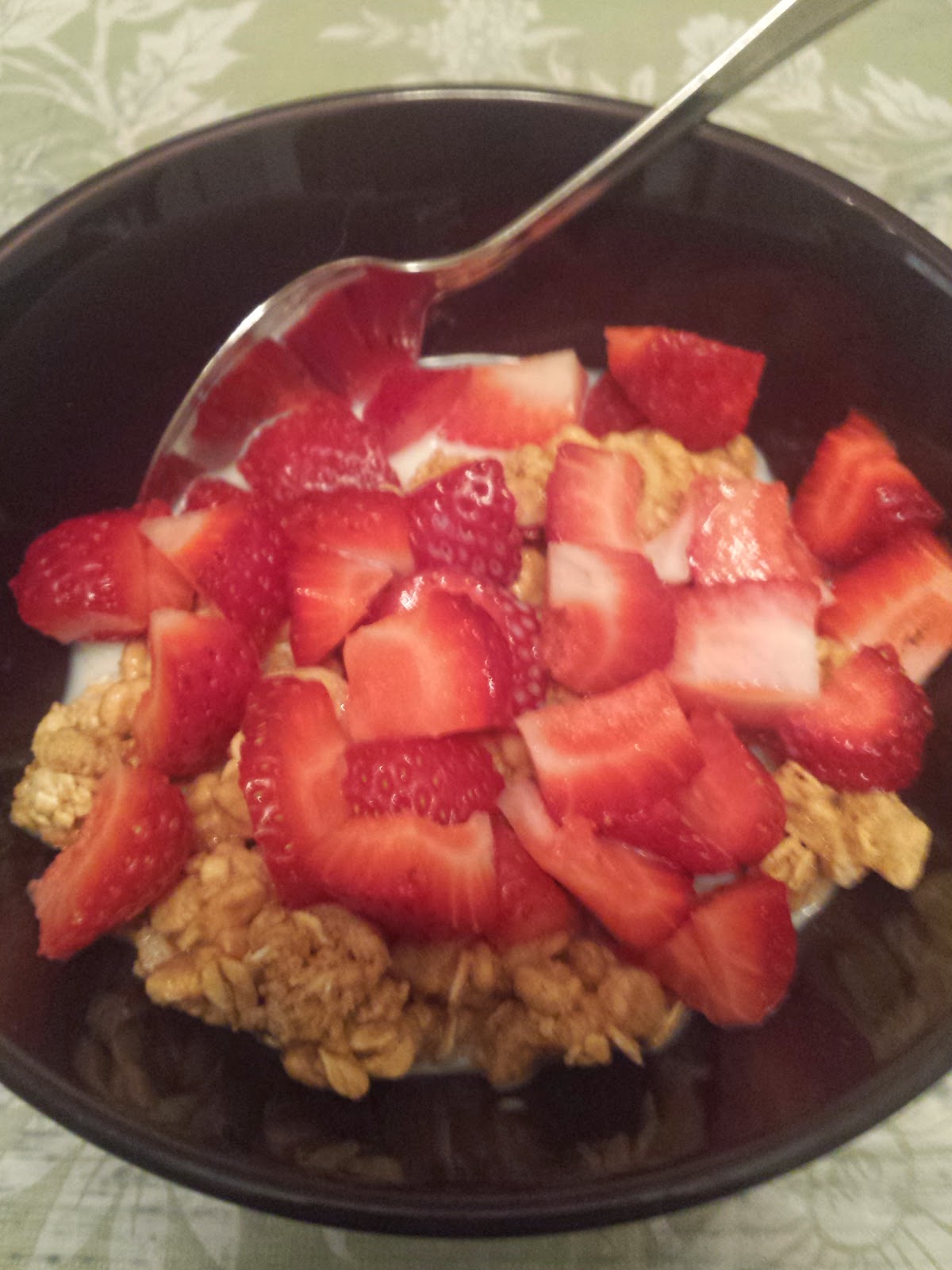 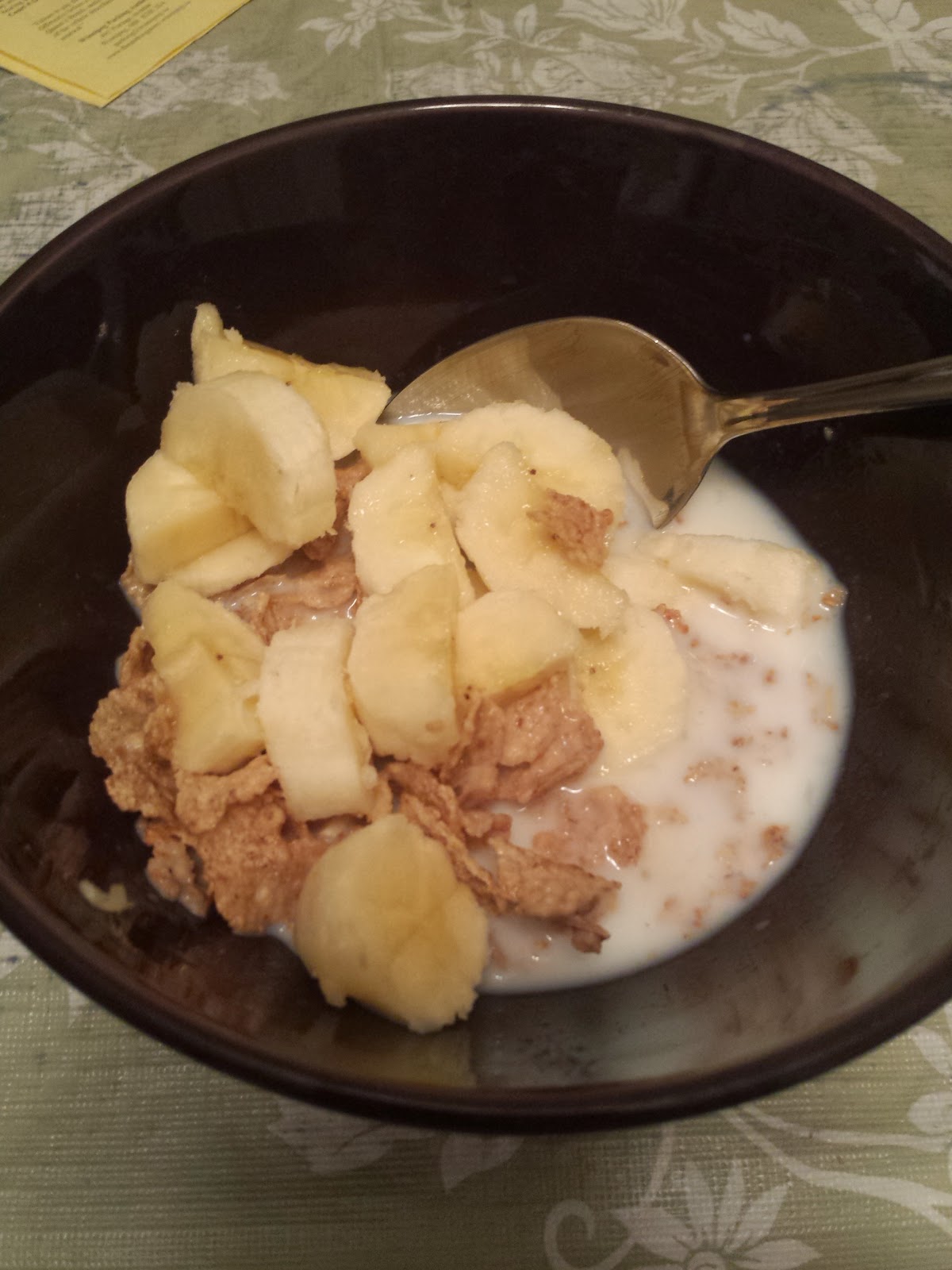 Special K vanilla almond cereal with half a banana.