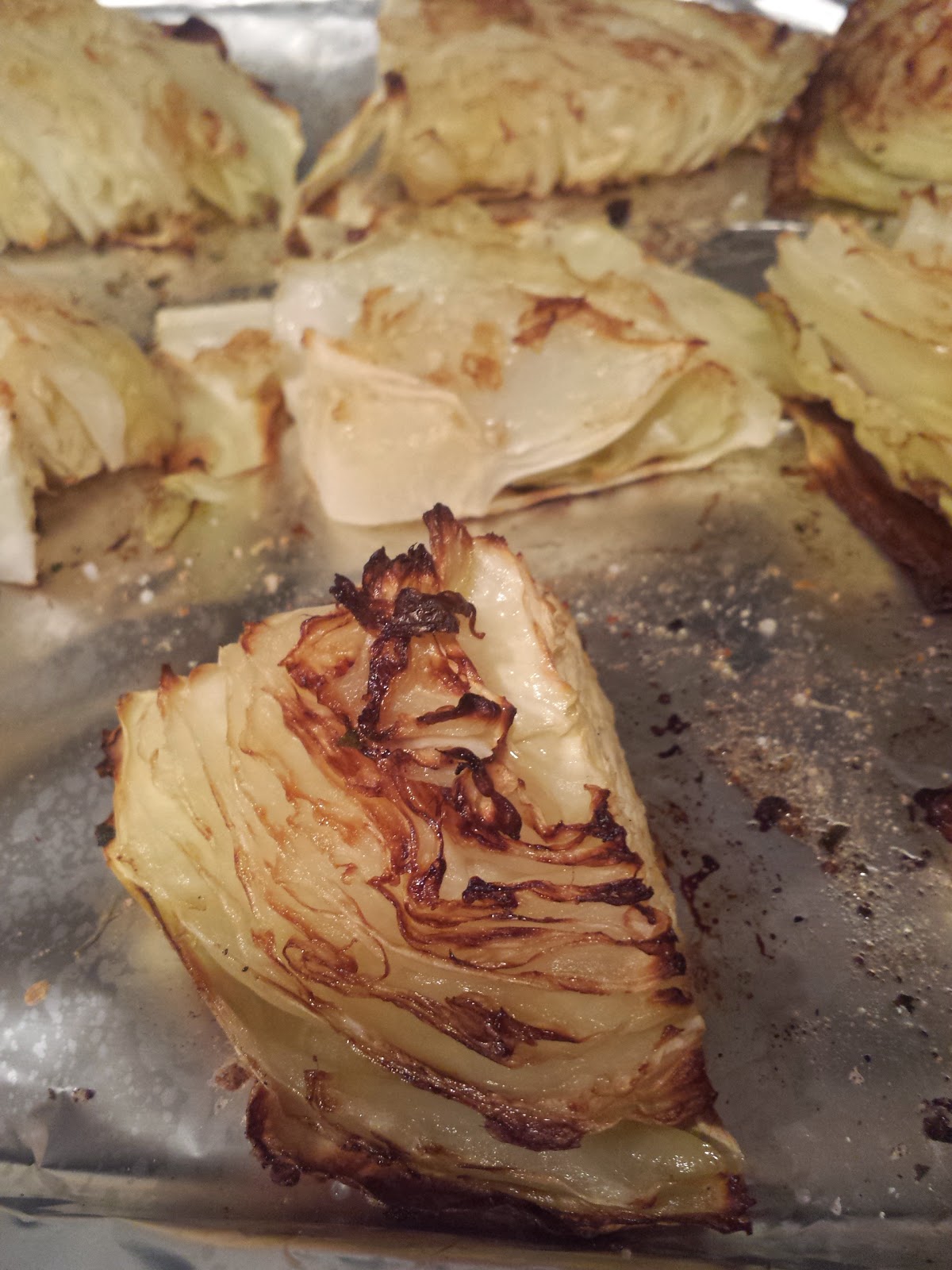 The other night I realized I had half a head of cabbage that needed to be used so I remembered that someone in my fitness group had posted cabbage steaks. So I used that and adapted it to this. 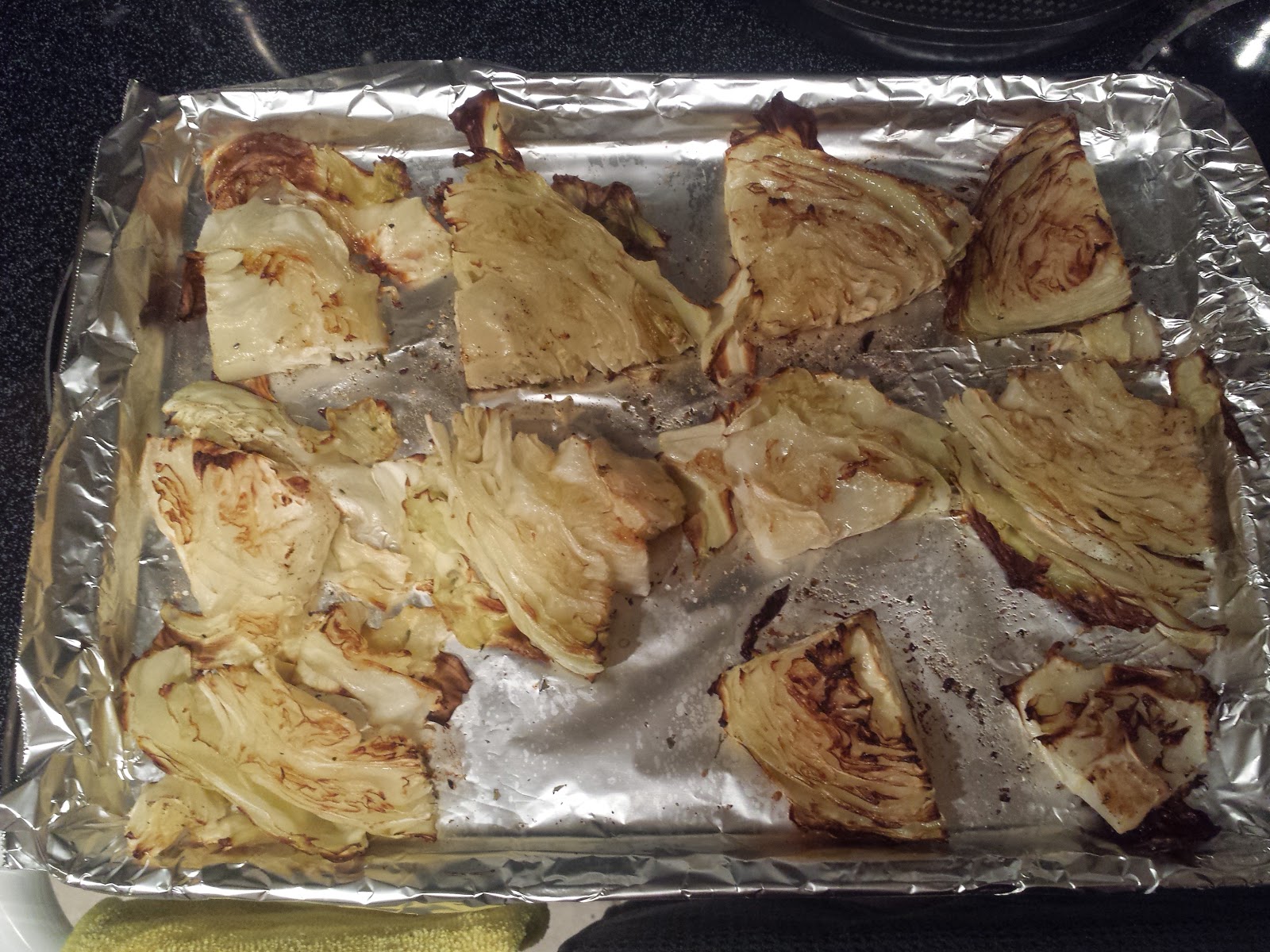 Preheat the oven to 400F. Slice the cabbage into 1" thick slices and lay them out in a single layer on a baking sheet. Drizzle with some olive oil and season with salt and pepper. I also used Johnny's garlic spread seasoning. Garlic salt/powder or fresh garlic would also taste great with these. Bake them for 25 minutes and flip over. Bake for another 20-25 minutes or until they are the tenderness you like. I like mine a bit crunchy but they were nice and soft on the outside. 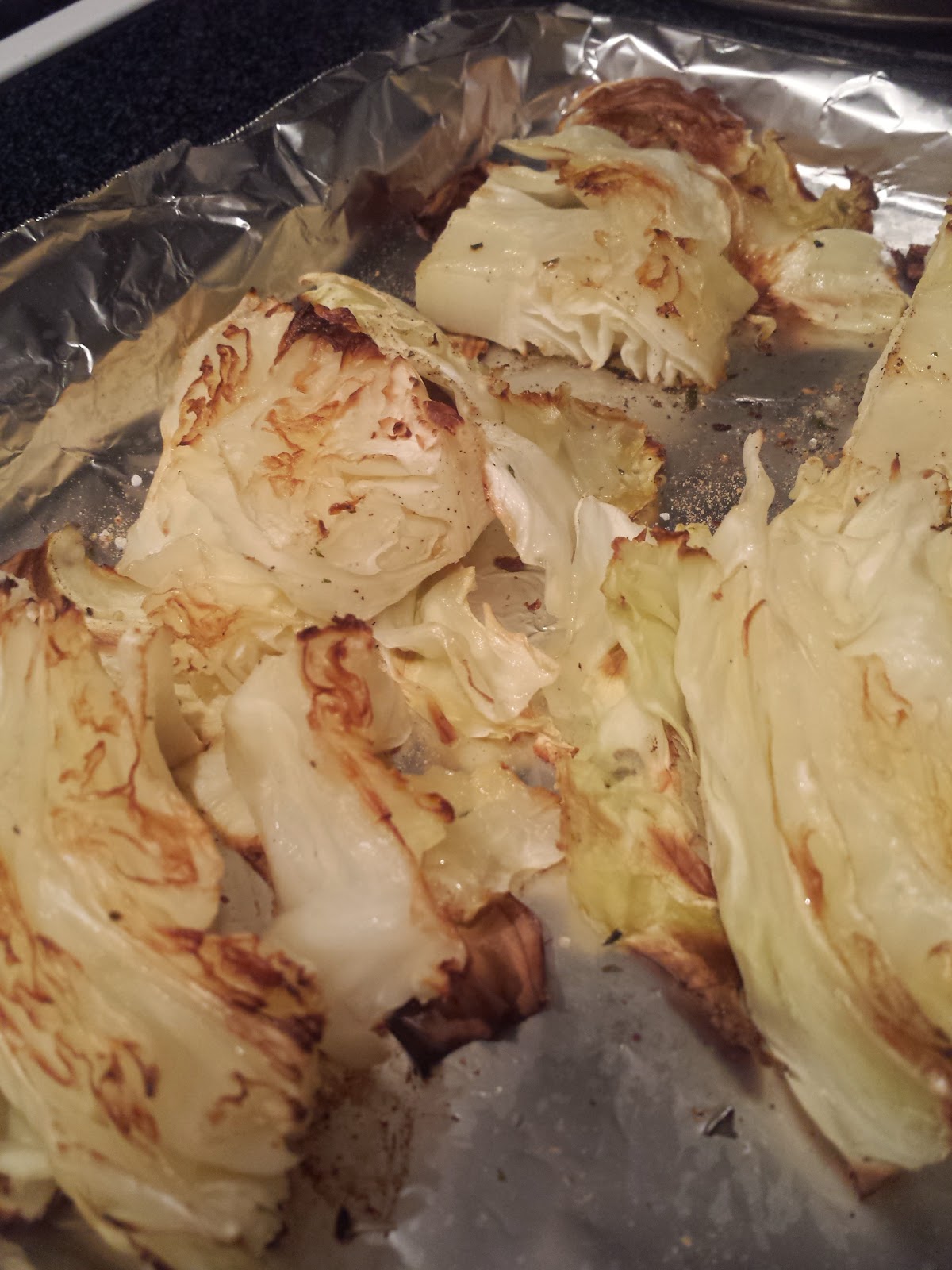 They had such a great flavor I couldn't stop munching on them as I was putting them away lol. They were a bit difficult to flip over because they were falling apart so next time I might leave the stem (is that what's it's called?) attached and cut the entire head in half and cut each half into 3 or 4 pieces so the stem holds it together.
Meal Ideas