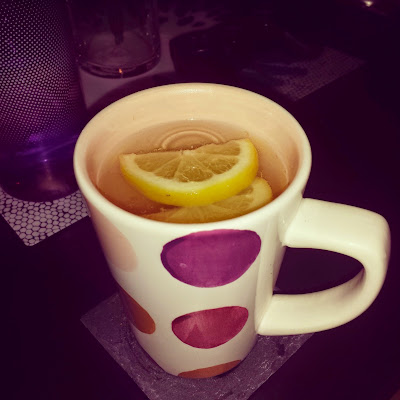 And by sick I don't mean awesome, I mean I spent all weekend without a voice and mostly at home. I had a few family things to attend but I was basically decoration that ate food.

I met up with friends on Friday night with a sore throat and by the time I got home around midnight I had no voice left. I woke up on Saturday with barely a whisper and painful coughing. I went to Ikea with my aunt on Saturday afternoon and bought myself a new coffee table and an end table for my computer. I had it sitting on a Rubbermaid bucket haha. Definitely an improvement. 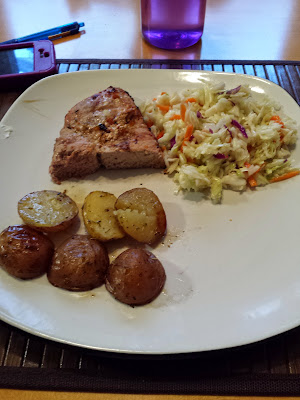 After I got my stuff put together and had a quick shower, I went to my mom's place for dinner with her and my dad. We had pork chops, baby potatoes, and a coleslaw mix with a lemon ginger dressing. I did indulge in some junk food that didn't make it into my calorie tracking and I had a frozen yogurt at Ikea to 'help my throat'. I went home and had a quiet night in my pj's and a cup of tea with lemon and honey. 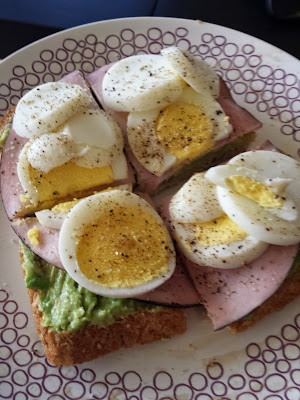 On Sunday I had my cousin's fiance's bridal shower so I ate pretty light before going because we all know what showers mean - finger food, constant munching, and desserts. I had a good workout and fueled my body with the above meal, and it was delicious. It was a piece of grainy bread, 1/4 large avocado, a slice of black forest ham, and a boiled egg. 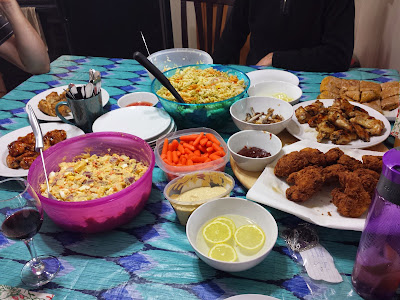 On Monday was my other cousin's birthday party and I again knew that I would be eating a lot because her boyfriend makes amazing food. I ate about 600 calories before going there because I wanted to indulge but not have too much of an impact on my weekly calories. I'm definitely feeling fluffy this week from my weekend but I have some time before I'll be on the beach haha. 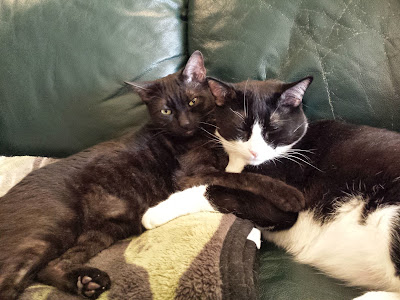 Between family gatherings the rest of my weekend was spent curled up on the couch with these cuties. They sure take good care of me :) (and each other). When you're sick you have to take care of yourself!! I did still workout but only because I felt capable. If you have a fever you should not workout because it raises your body temperature even more and that is not safe. I only had a sore throat so it wasn't affecting my lungs. Had it been in my chest/lungs I either would have just gone for a walk or done a light weight session.

Even though I was sick over the weekend I still had a great weekend, it was just a bit more quiet than I was hoping. 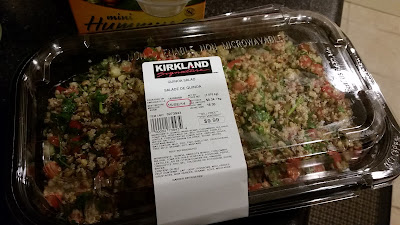