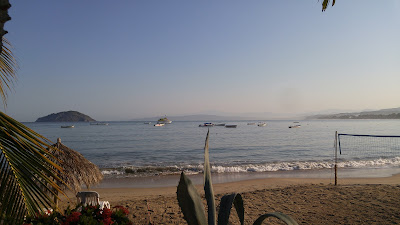 Hola amigas! I went away in March and it was THE BEST TRIP I'VE EVER HAD!! The group of ladies I went with are amazing and hilarious - I can't even explain how much fun I had. We made some new friends there too and I can't wait to see them next year when we go.

I only worked out once while there but we did a ton of dancing every night and did a bit of walking in the afternoons. I was also eating fish every day because there wasn't much else for me to eat besides the re-fried beans, which were so good.

Now, I was drinking every day... most days for half the day, and the funny thing is I LOST weight by the time I got home. So I was thinking what I did differently there and the first thing I thought of was sugar. I really wasn't eating candy and I only went up for dessert two nights after dinner.

The other thing is dairy - aside from the cheese in my omelet and the milk in my tiny cup of coffee, I wasn't eating yogurt, cottage cheese, or sour cream. So I have some experimenting to do here at home.

I got right back into my workouts though and have been meal prepping, but surprise surprise, back into the sugar. 😐

Hope you enjoy the pictures! 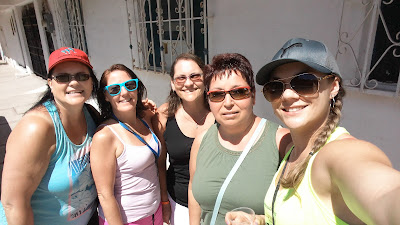 Went for a walk down the street a few times. Did a bit of shopping and we went back to a tacquira we walked by. They had the food grilling at the front so you could see it. 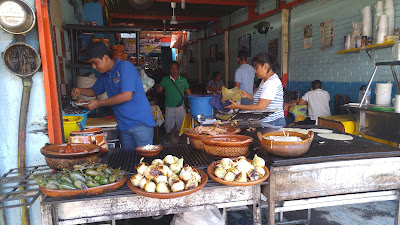 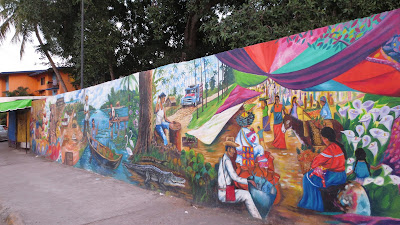 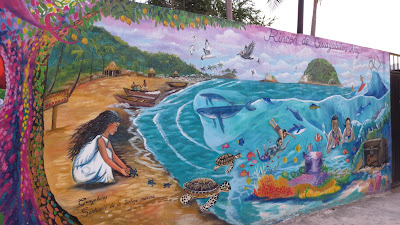 This mural was on a wall on the way back to the resort. We walked up 'back street' and came back down 'front street.' It was even more beautiful in person. 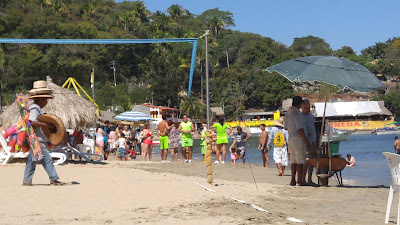 The amazing entertainment staff. They were so fun and hilarious. So many awesome people there. 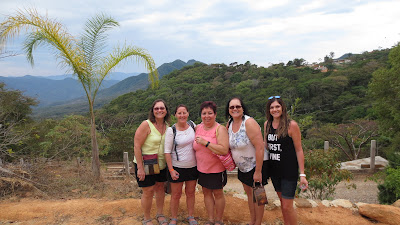 Excursion to a coffee farm. They also make coffee tequila which was like heaven in a bottle 😍😮 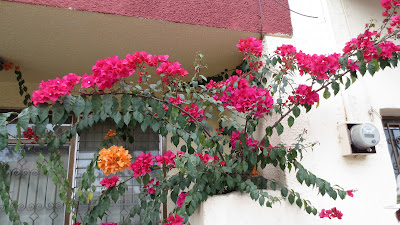 The foliage was so beautiful - I couldn't stop taking pictures. 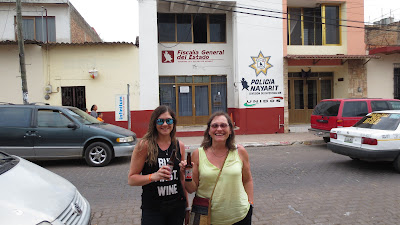 Drinking in front of the police station. We stopped at a shoe factory (if you can call it that... there were 9 guys making shoes in the back of a store) and the rest of the ladies did some shopping. I couldn't find any that fit me. While we were waiting for the others we were offered some cervezas by our tour guide. (yes, he was amazing and sooooooo fun.) 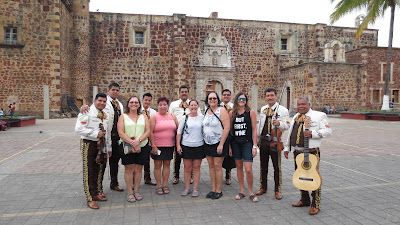 A mariachi band was walking past us for a wedding in the church behind us but our tour guide asked if they'd take a picture with us. 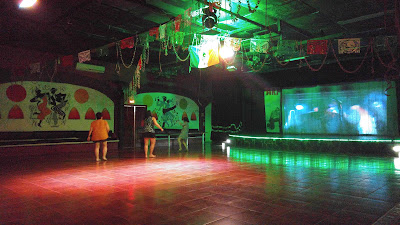 Our dance floor. The only complaint, which really isn't a complaint, that I have about the resort is that we were basically the only ones partying every night. There was one night that there were about 20 people in here but most nights we had the disco to ourselves. At one point I came back with me aunt who was dancing by herself haha. 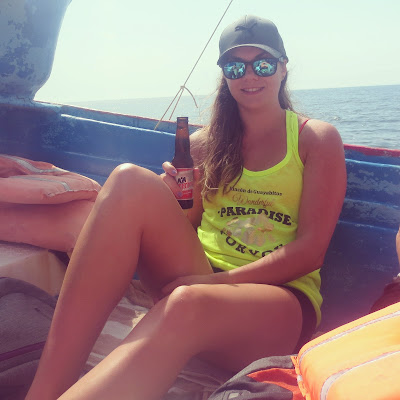 Excursion on the last day. We went for lunch on a small beach a 40 minute boat ride from our resort. Went boogie boarding for an hour then back on the boat to head back for snorkeling. We stopped at an island a few kilometers away from our place. 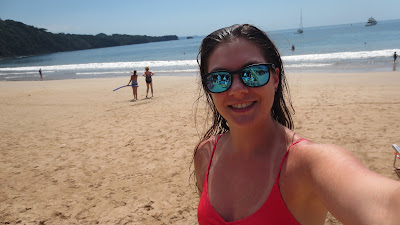 Selfie on the beach we had lunch and boogie boarded. 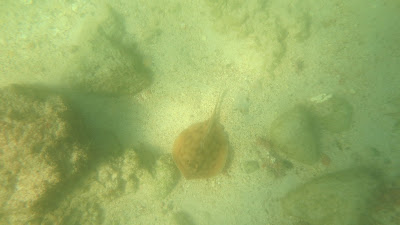 The water was pretty murky but we still saw a few cool creatures! 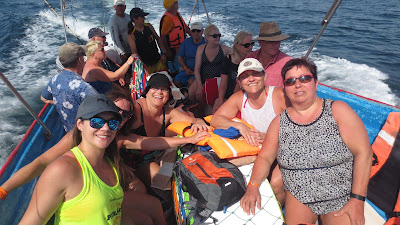 Group shot on the excursion - I was blocking Christine, oops! 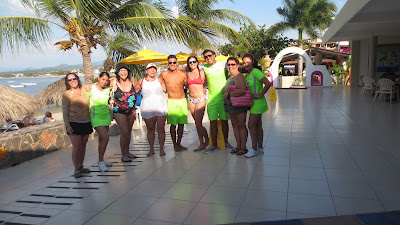 This was mine and Cheryl's last day as the others stayed for another 3 days. This was 4PM when we got dropped off from the excursion after Salvador was feeding us tequila and beer on the boat ride home. It's safe to say we were all half cut and continued by grabbing a bevvy and we sat on the beach enjoying the sun and company. 😄 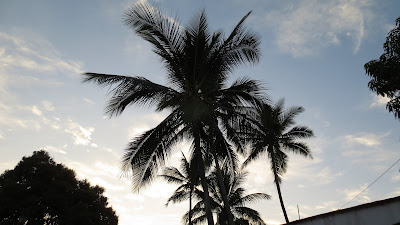 I could never get sick of this view. 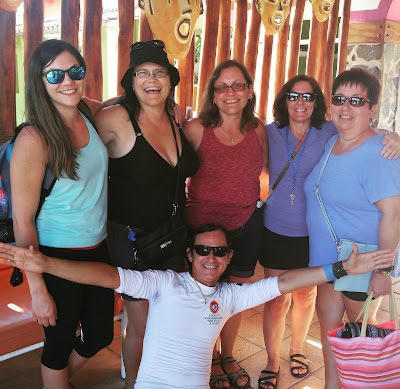 Me and Cheryl saying good-bye to our new amigo and leaving our amigas behind 😩 Sad times. If you ever go on a trip with people and you're not staying as long as them, make sure you meet them there and leave at the same time because it sucked leaving them there and seeing all of their pictures lol.

I know I've said this before but I am hoping to be posting more often. May have to wait a bit though as I have some things happening in the next few months but I will try. I'm trying new recipes more often so at least I can post those.

Did you go away this winter? Where to? Share some pictures! 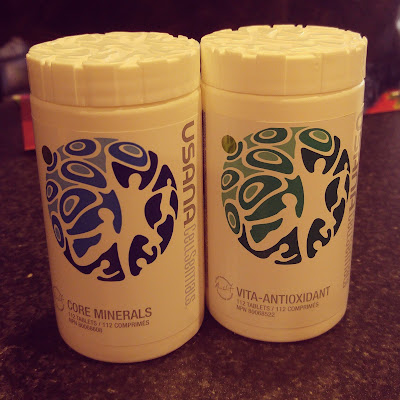 Hey folks, I realized I haven't written about Usana on my blog yet. I do have a link at the top of my page with the Pages but if you're interested in looking at the catalogue here is the link:  www.kelseyschick.usana.com I started selling Usana a year ago this month and mostly promote it on Instagram and Facebook. I started with the Cellsentials and Procosa supplements and noticed a difference within a few weeks. I've mentioned in my posts that the first thing I noticed were my nails. They used to be so flaky and weak. They would flip back but wouldn't break so I'd have a line across my nail and it would hurt, a lot. Now they're smooth and hard and healthy. I don't remember them ever being like this. Most people notice how much more energy they have when taking these vitamins. Now I notice a little bit of a difference but I have a lot of sleep issues. So vitamins can only do so much for me with that lol. I like Usana products because the founder o
Continue reading »