March 27, 2013
I love this pizza crust because it is super fast, you don't need yeast, and you don't need to let it rise. I used my aunt's recipe for the crust but I used coconut oil instead of canola oil and it turned out really good. I have also used half olive oil and half canola oil.
Knead the dough a few times until it combines and roll it out into the pan. You can sprinkle some oregano, basil, and parsley on the crust before putting it in the oven for some extra flavor. If you don't have pizza/tomato sauce, you can always just use olive oil. Pierce it with a fork all over to allow steam to escape and bake it at 450F for 7 minutes while you prepare the veggies. For veggies I used:
For cheese I used PC blue menu partly skim mozzarella cheese (just a bit!). Pop it back in the oven for about 15-20 minutes and voila!

You can obviously use any combination of veggies and meat/protein you prefer, either way I'm sure it'll turn out great! :) 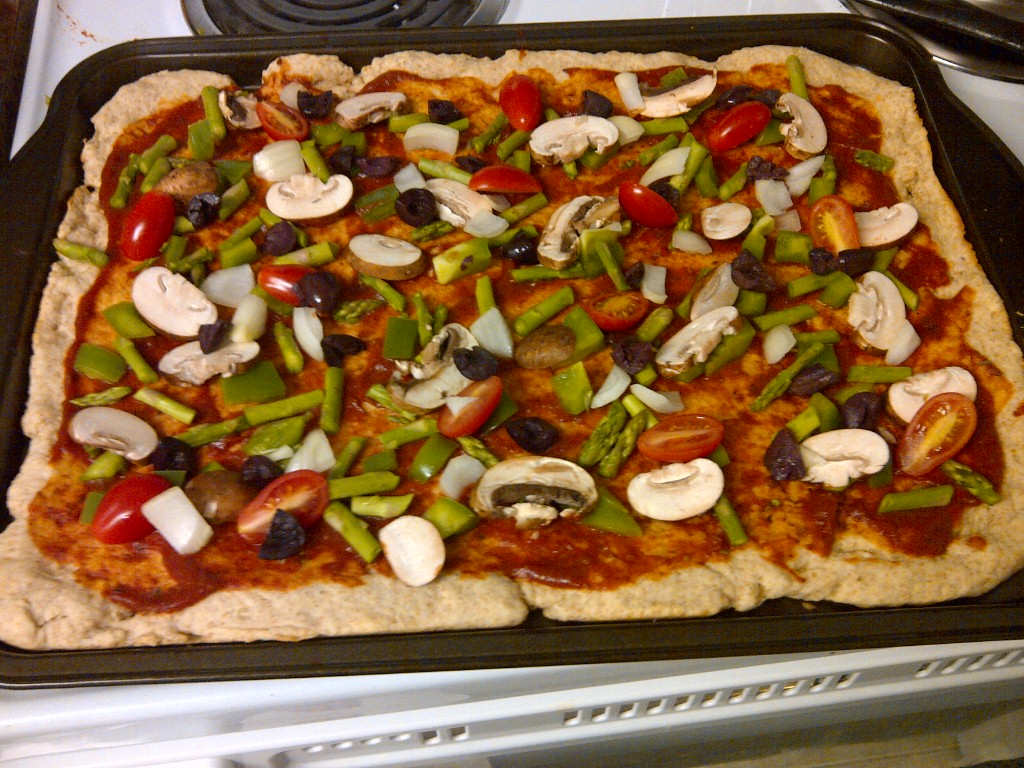 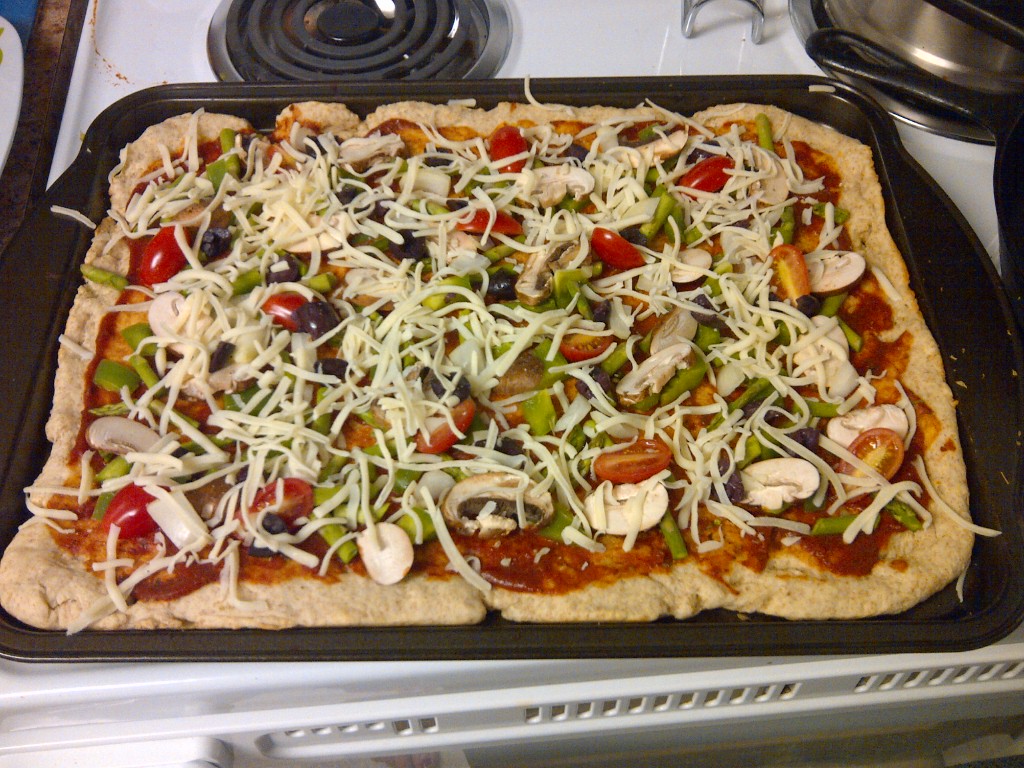 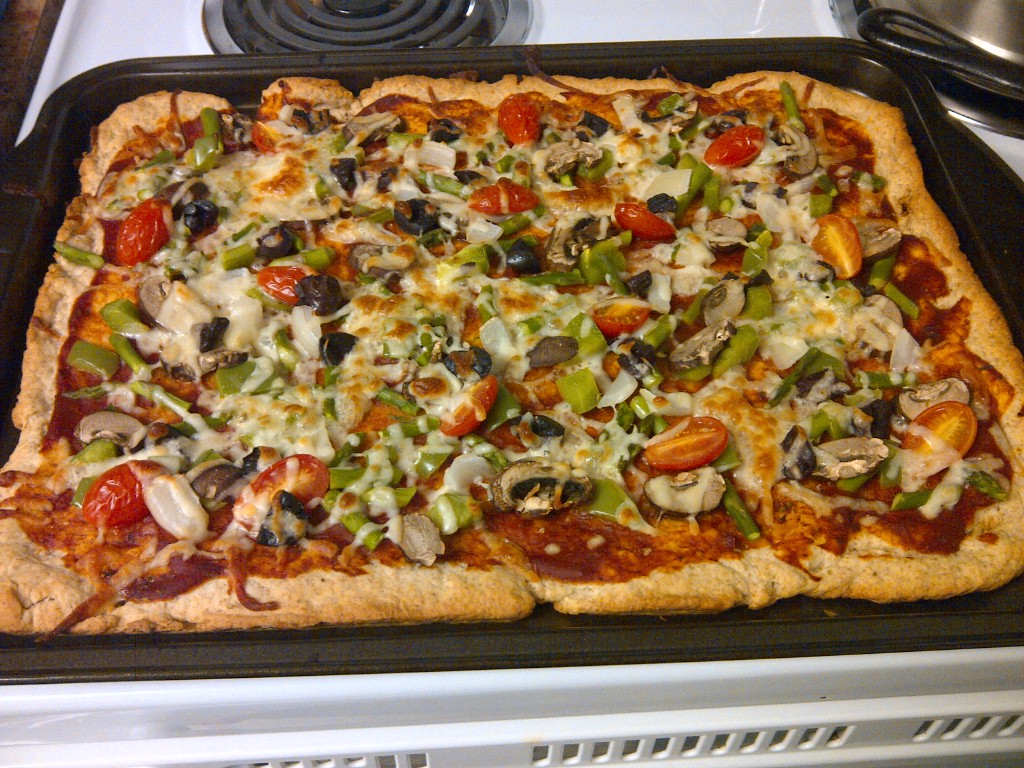