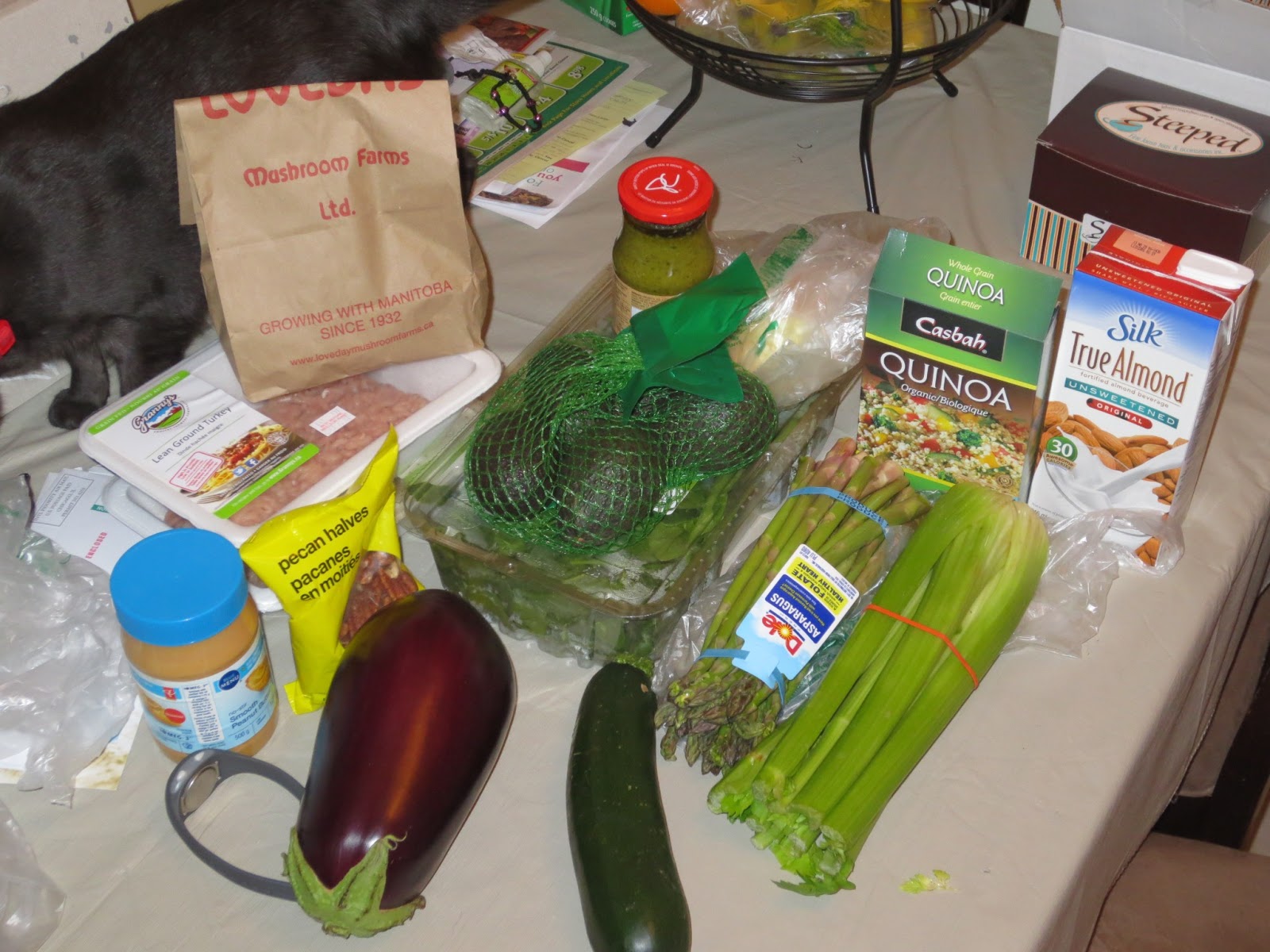 I bought a couple new things. I've decided I do not like eggplant. I've tried it a few times and it's just not my thing.

I've switched back to unsweetened almond milk. Just to give it a try again. I bought a box of tetra paks so it'll last me a while. I bought the ground turkey to make Jamie Eason's turkey muffins and they turned out great! I'll warn you that mine were pretty peppery so next time I think I'll cut back on that a bit. Of course Dexter is inspecting my groceries for me :)