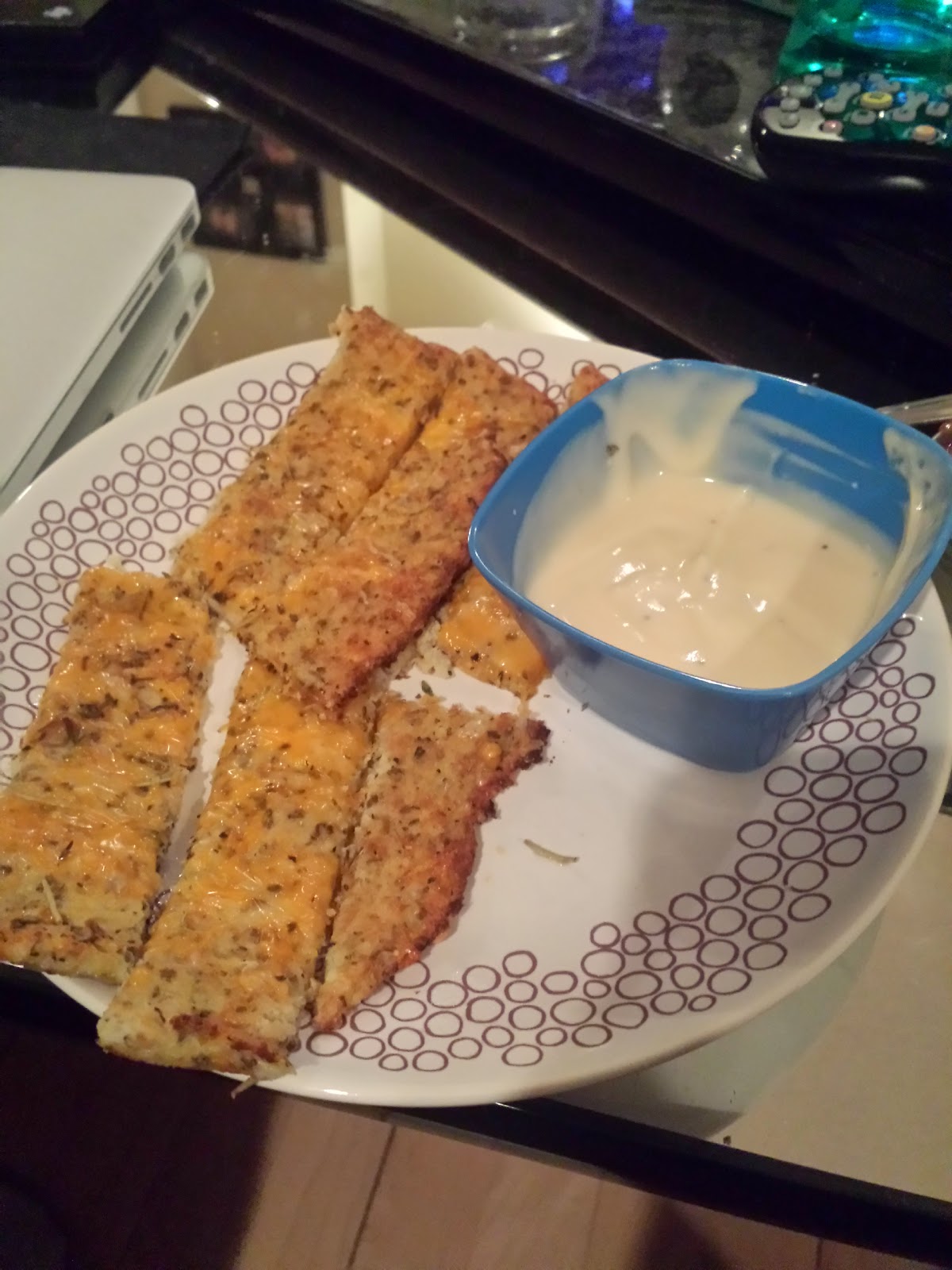 Last night my cousin and I had a fairly late dinner because we were waiting for these bad boys to be ready. I bought a head of cauliflower when I went for a quick grocery trip on Sunday since they were reduced to 50% off for quick sale. We already had some in the fridge so I decided to give this recipe a try.

I probably used half the cheese it called for because we only had a little piece in the fridge. Overall I thought they were a really great alternative to breadsticks. They tasted great, had a great texture, and they weren't flimsy at all!

I will admit that it was a bit more labor than I'm used to for making dinner. I have a little tiny food processor so the whole head of cauliflower took about 10 batches to make it into 'rice'. I opted to use the microwave instead of boiling it on the stove. I put water in the microwave-safe dish and put it in for 5 minutes. I let it sit in a strainer for about 5 minutes and then used a towel to squeeze the rest of the water out. I probably could have squeezed more water out but I didn't let it cool enough and my hands were getting burned. (We were hungry and it was already almost 8:00PM lol).

I used cheddar cheese instead of mozzarella because that's what we had on hand. I didn't let it cool for the full 10 minutes before topping it with cheese and it turned out pretty good. I didn't have marinara sauce so alfredo sauce it was! 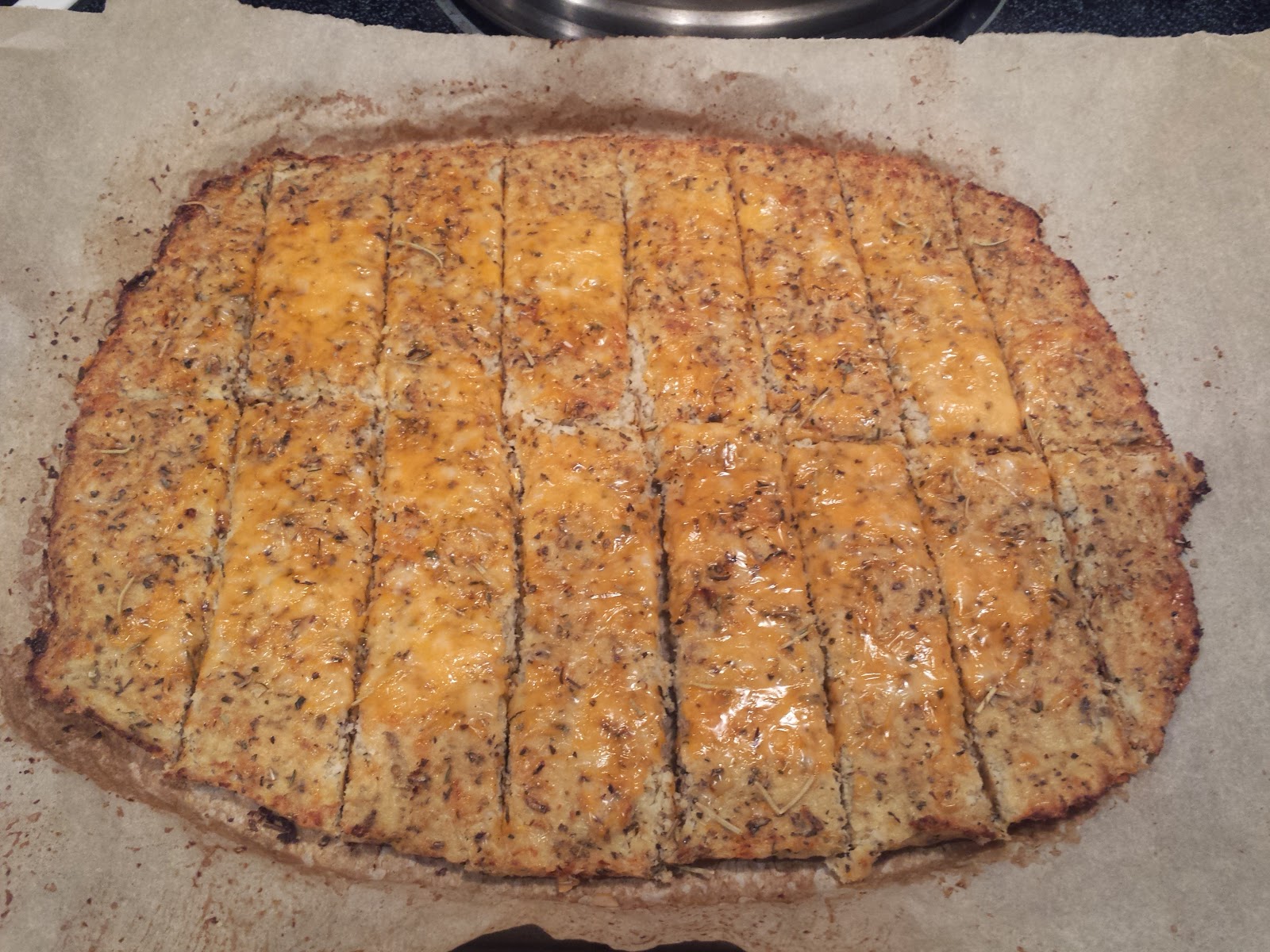