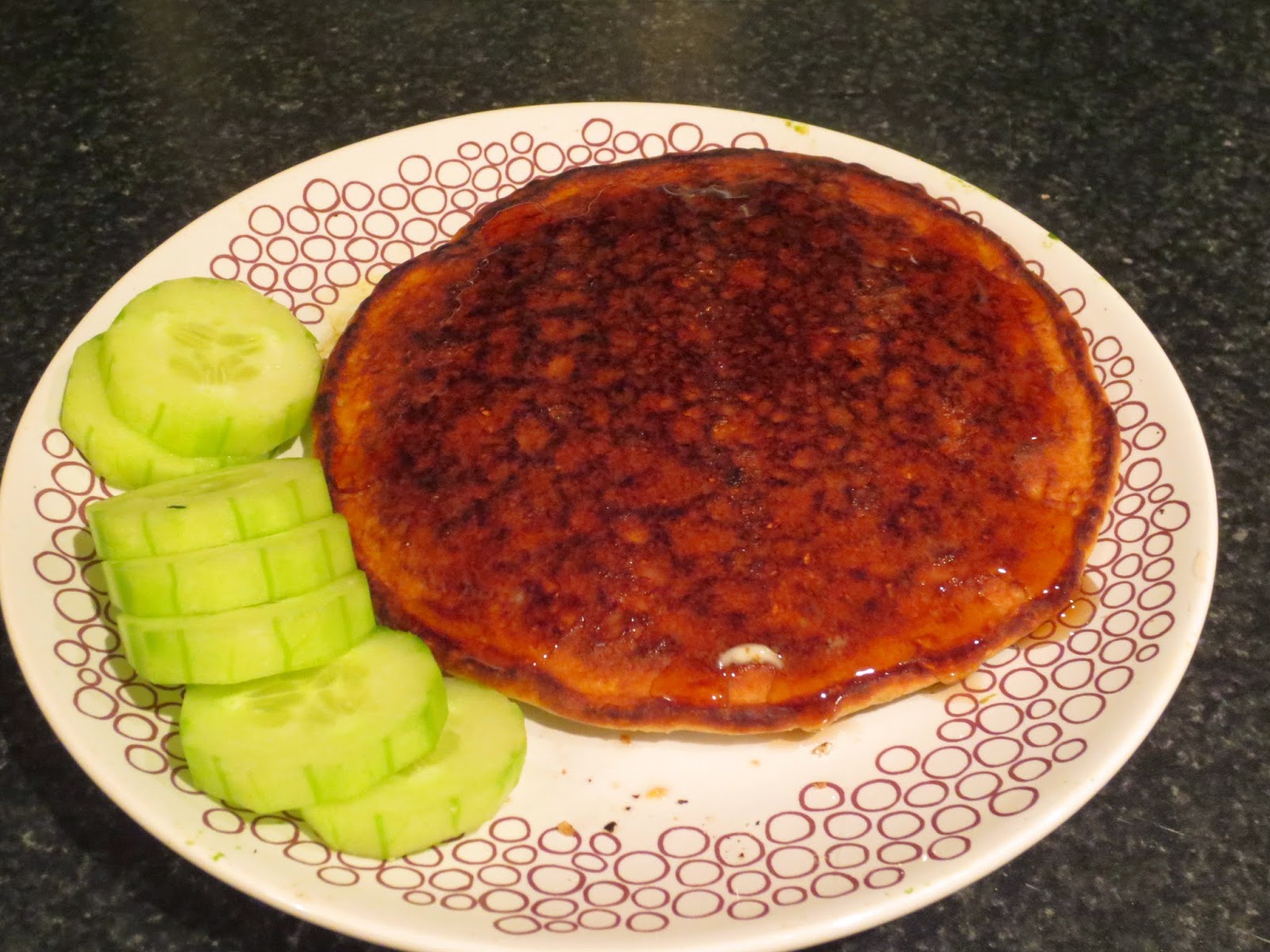 There are plenty of recipes out there for protein pancakes but I like simple so this is the one I whipped together earlier for breakfast. There's a good chance that there is one with the same measurements but I did not intend to 'steal' this recipe. I literally walked into my kitchen and threw stuff into my Magic Bullet blender cup.


I also have a protein powder that I'm trying to use up because I don't like the way it blends. I've tried blending it with stuff in a smoothie and it is still grainy. So I plan on using it in pancakes and oatmeal until it's done, and it's very close lol.

Preheat a good non stick pan over medium-low heat - if it is too hot and you'll end up with black pancakes like these that I made. While that's doing that throw the following into a blender or food processor:
Spray the pan with a non stick spray or use butter, coconut oil, or margarine, and pour half the batter. When it starts bubbling through flip it, and cook until cooked through or until desired brownness. If it's too hot turn it down a bit for the next pancake or else it'll be even darker than the first.

This made enough for two large pancakes and depending on your macros and calorie goals for the day you could eat both. I put a teaspoon of margarine and a tablespoon of syrup on mine but you could top with anything you like; coconut oil, jam, fruit, etc.

This is the nutritional information for half the recipe (one large or two small pancakes):