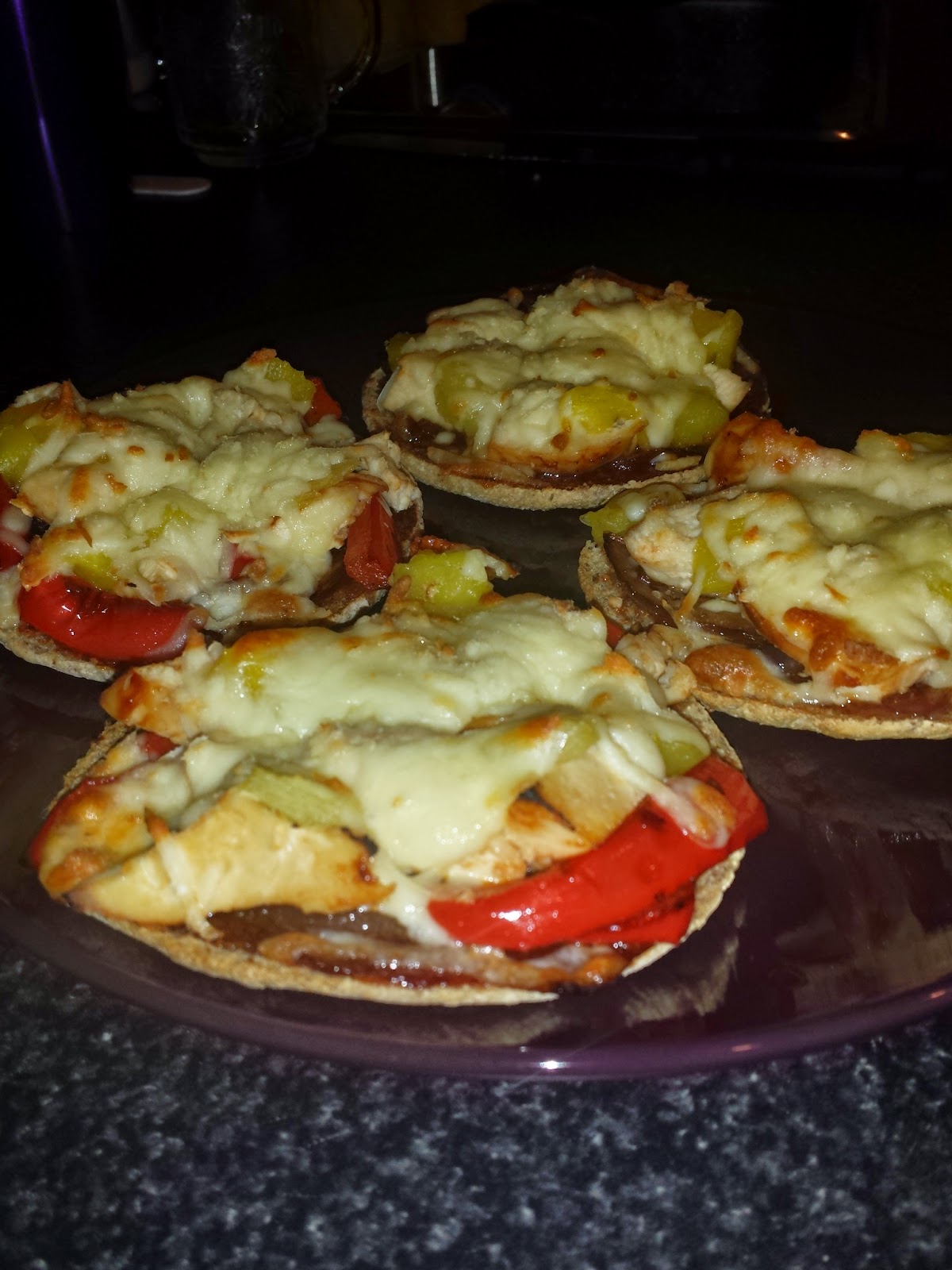 I found this recipe the other day and I've been craving BBQ chicken pizza ever since. I had the tropical chicken pizza at Pizza Hotline a few weeks ago and it was quite lovely. I made a few changes to the above recipe because it's what I prefer and who doesn't like improving recipes?


Prep the chicken breast if you aren't using pre-cooked chicken. Bake at 350F for 30-40 minutes, until the juices run clear, or if you have a meat thermometer to an internal temperature of 160F. Season it as desired, I just coated mine in Sweet Baby Ray's BBQ sauce which I also used as the 'pizza sauce'. Chop into small pieces once cooked and cooled a bit. 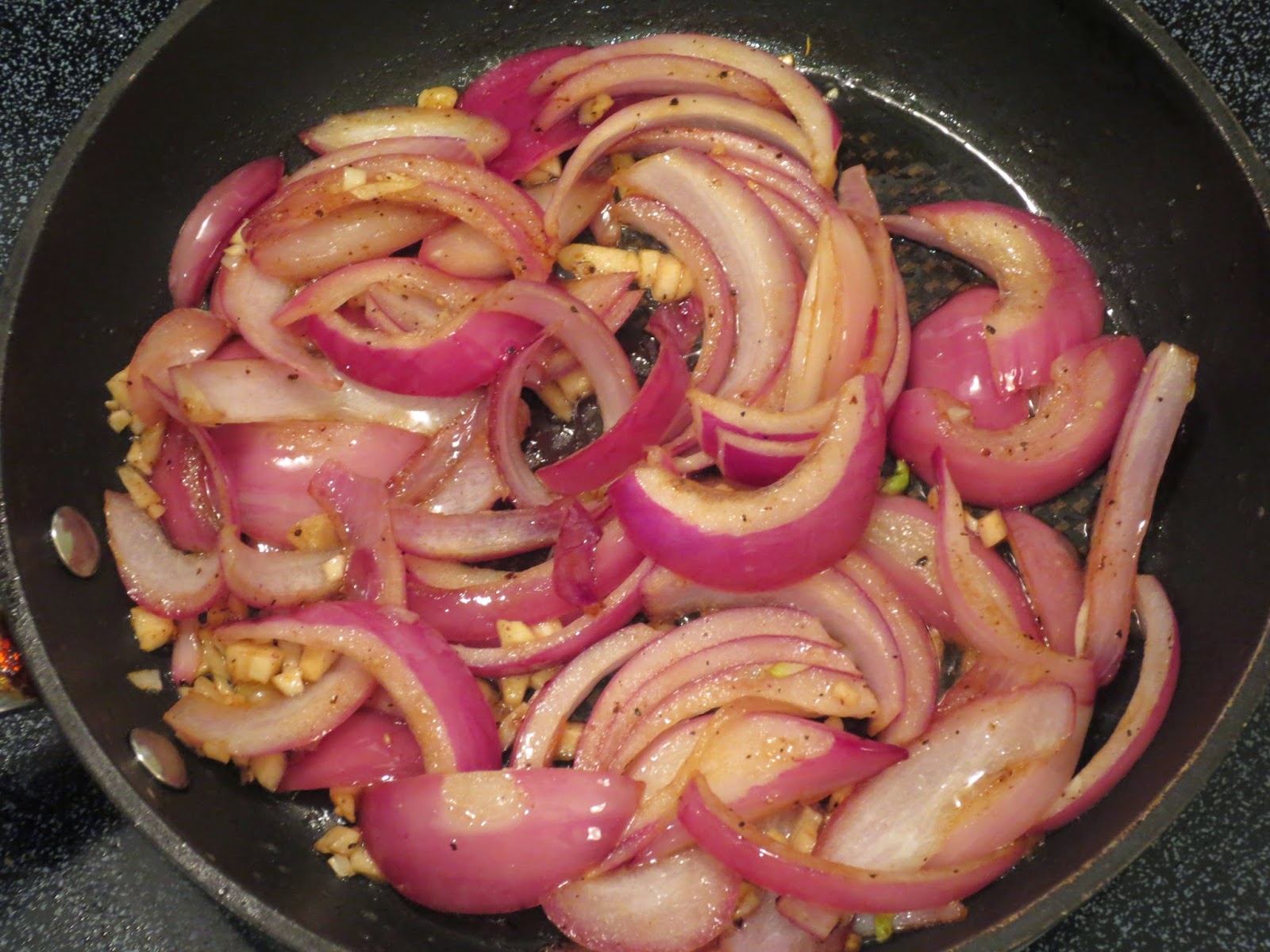 Sautee the red onions first with grape seed oil, fresh garlic, and balsamic vinegar on low heat - I should have added the peppers shortly after I started the onions so I fished the onions out and set them aside while I put a lid on the pan to soften and steam the peppers because the onions were done before the peppers. (I'm not sure what's going on with the picture of the peppers but it's not rotated on my computer and every time I upload it it's still sideways). 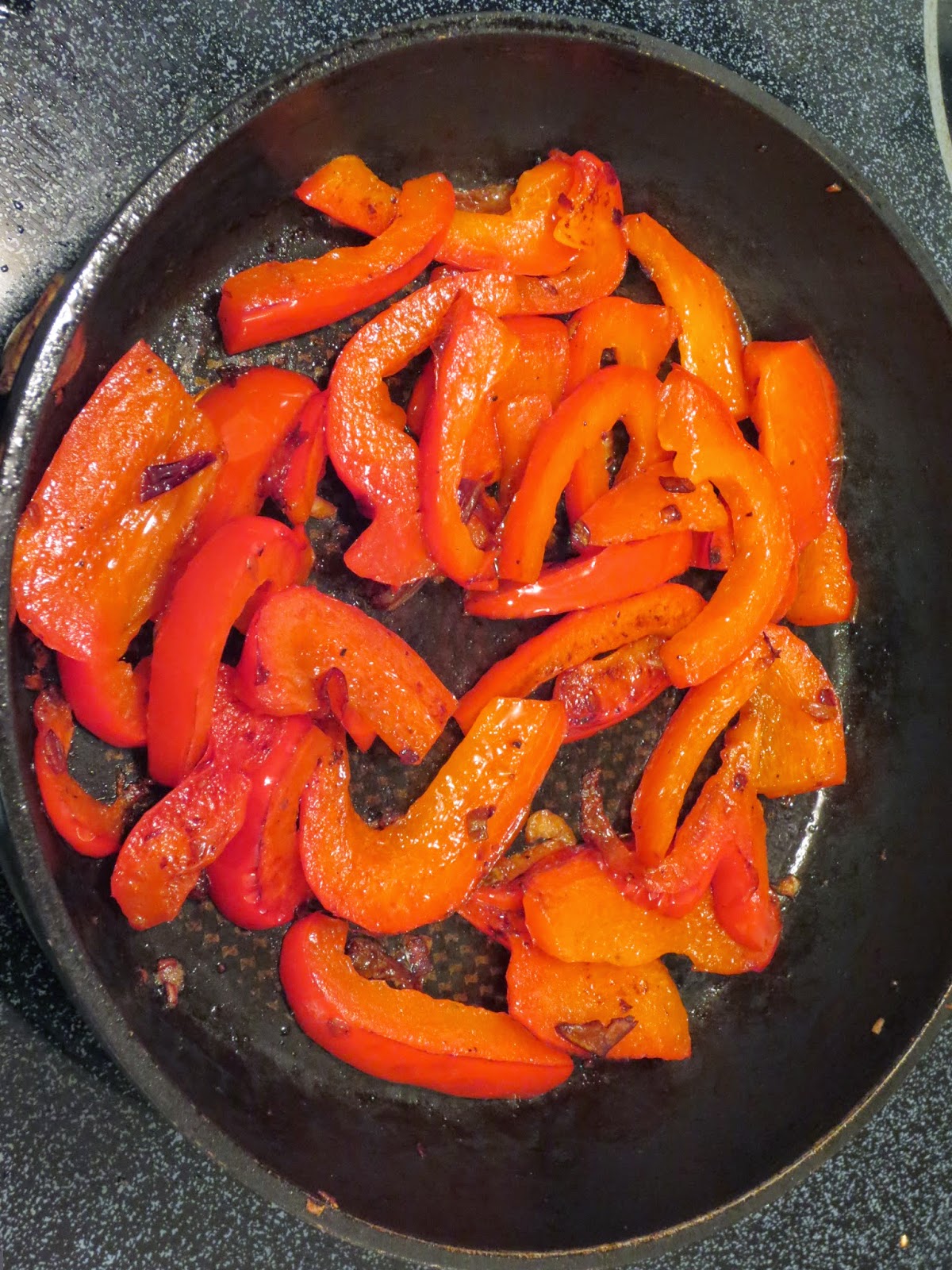 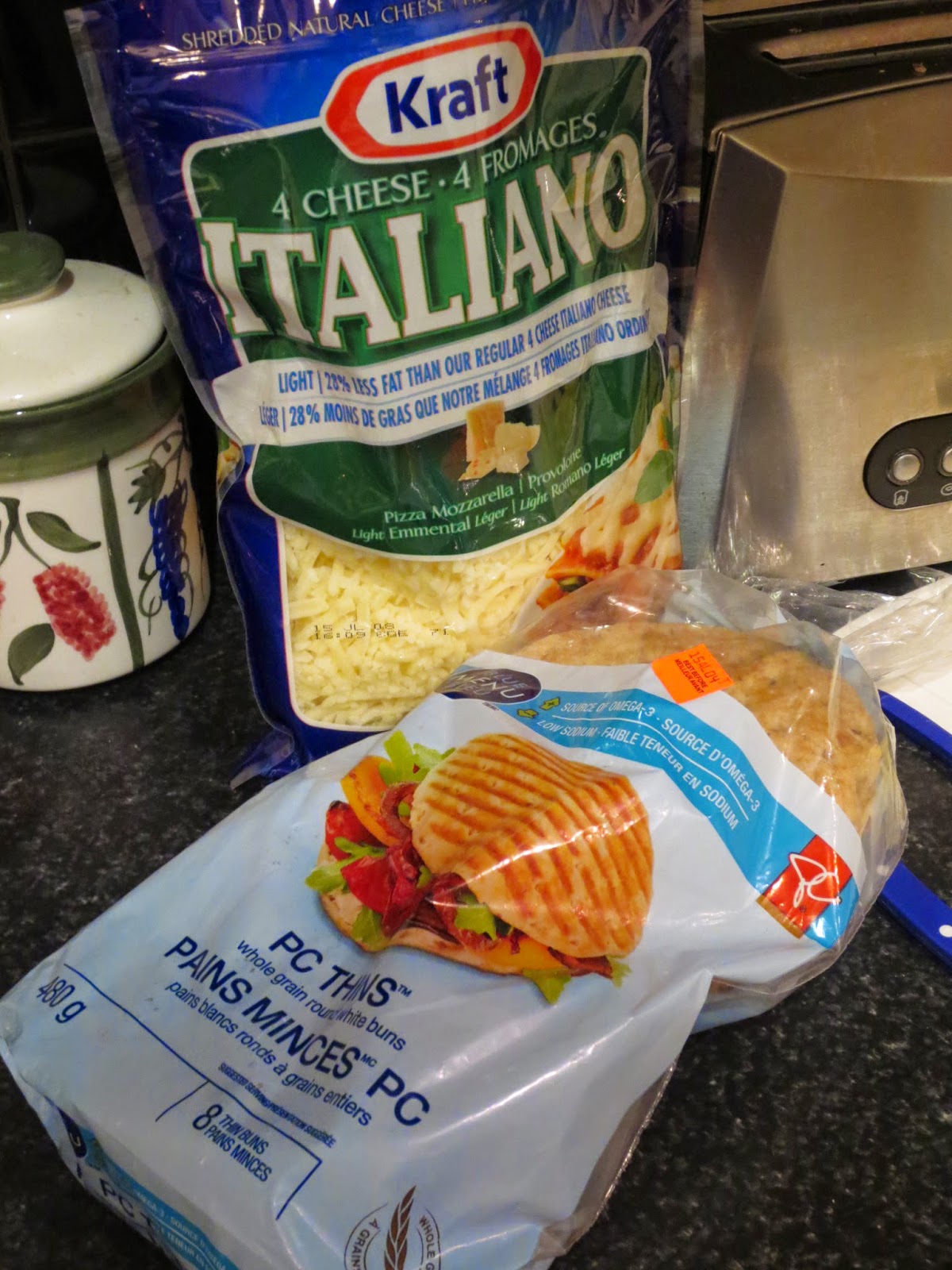 You could make your own crust but I worked until after 6 tonight so I wanted something faster since I already had to cook the chicken and onions. I used PC Blue Menu thins which are 160 calories each, which gives you two mini pizzas. And I bought a light Italiano cheese blend and it was perfect. 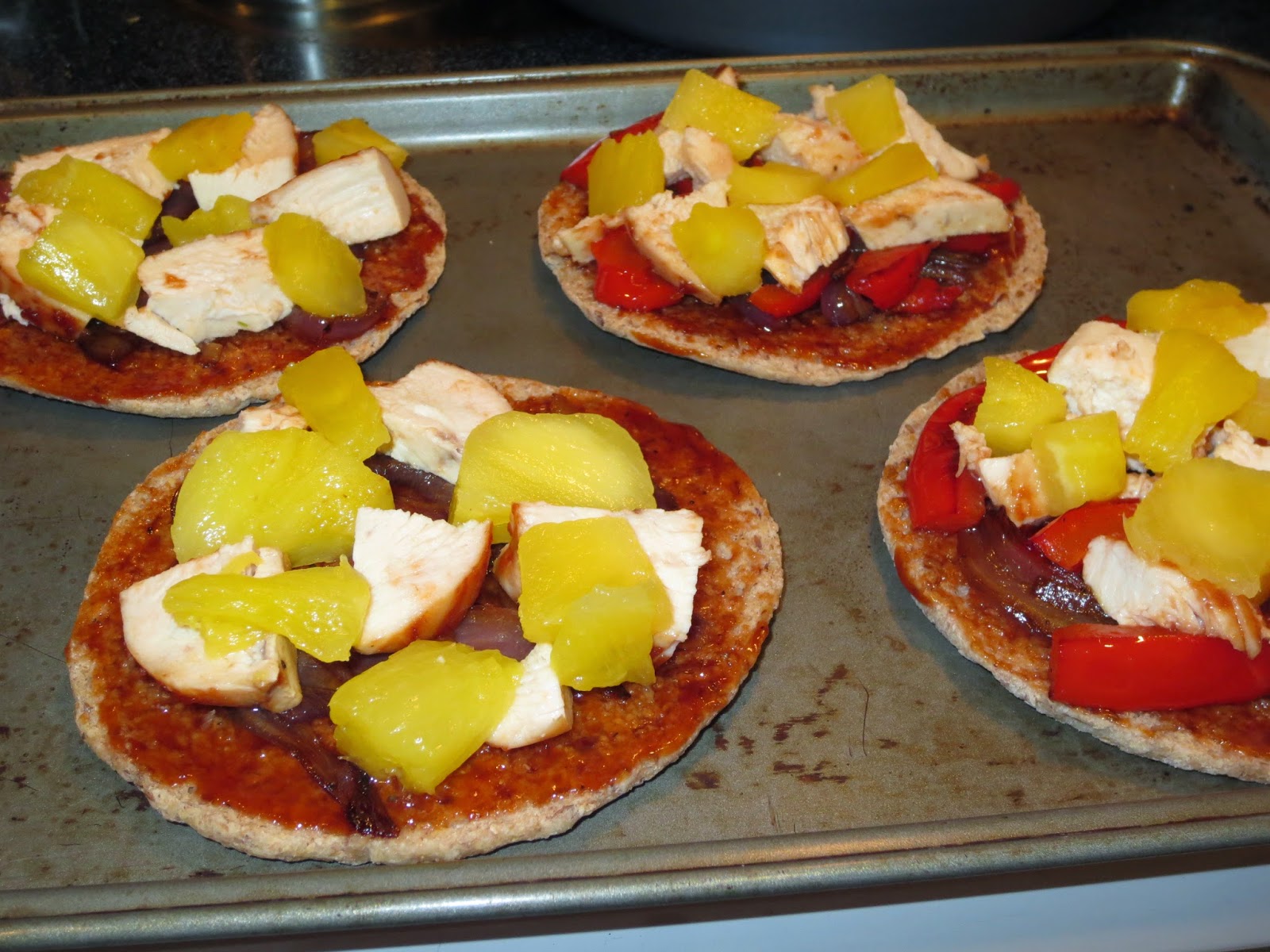 When the chicken is done increase the oven temperature to 425F. Lay out the PC thin halves on a baking sheet and assemble your mini pizzas. Spread 1T of BBQ sauce of your choice on each half, and add the fried onions and peppers, a few chicken pieces, and some pineapple. 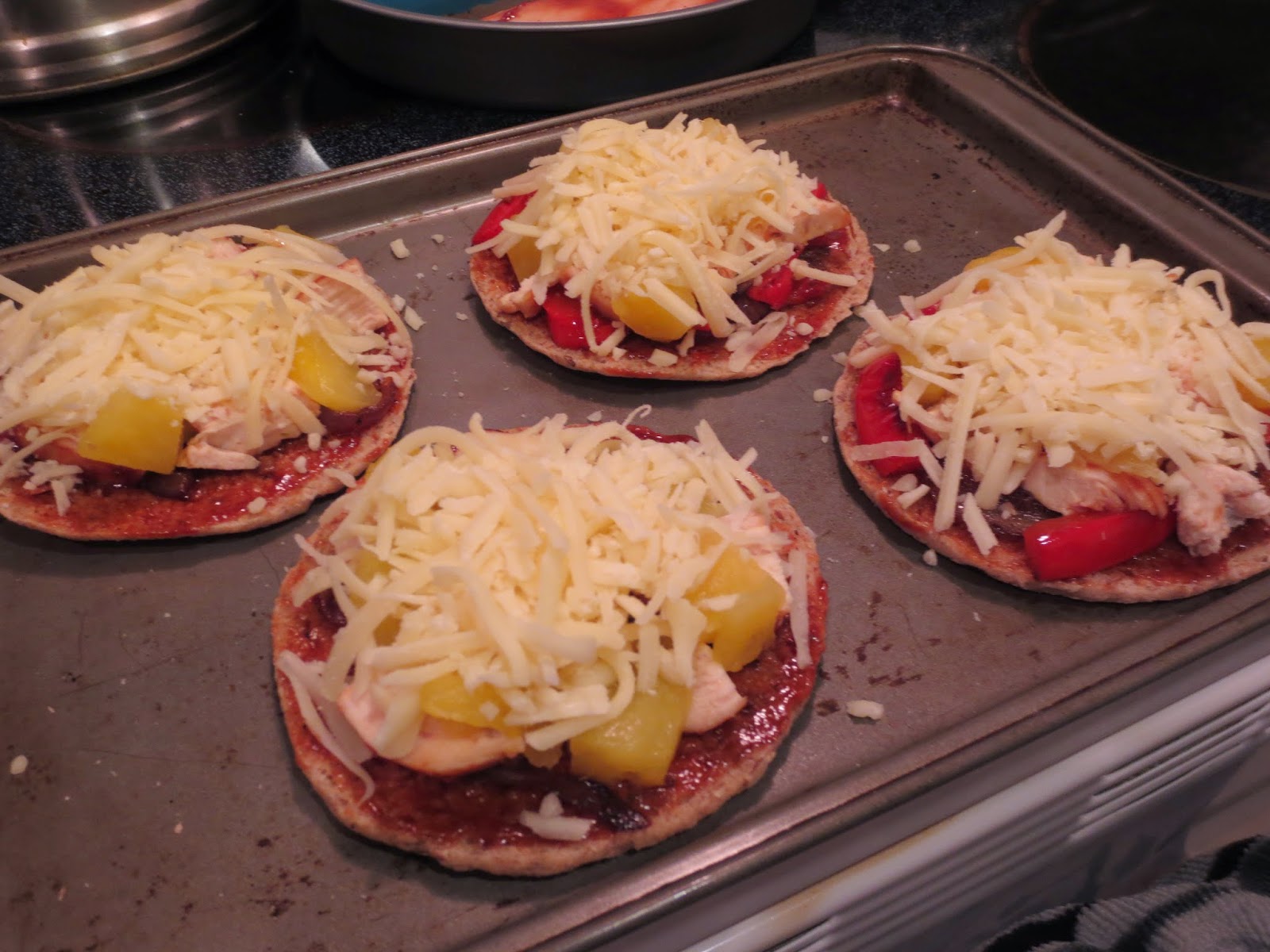 Top with the delicious cheese and pop into the oven for 9-10 minutes, depending on how melty and brown you like your cheese. 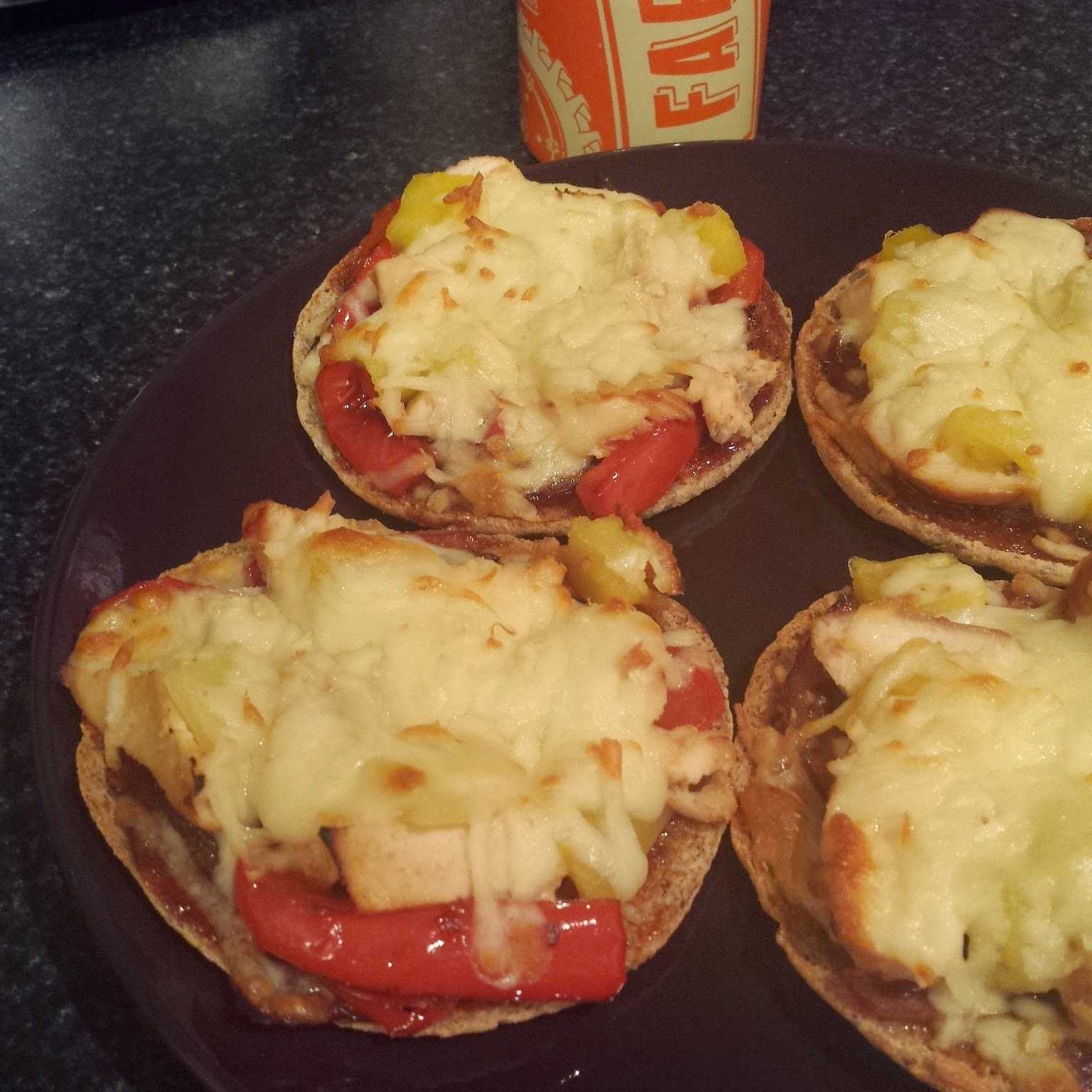 Everything is already cooked so you're basically just crisping up the 'crusts' and melting the cheese. Cooking the onions before baking the pizzas definitely improved the taste and I suggest if you like onions on your pizza to try sauteing them first.


I'll post the nutritional information later... I haven't put everything into Myfitnesspal yet but I can assure you two halves will be less calories and fat than 2 slices of take out pizza and it tastes just as good!
Meal Ideas Snack Ideas