My weekends and February's workout schedule 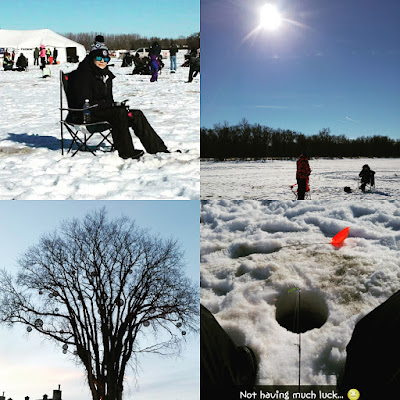 I've been really enjoying the last few weekends with friends. Last weekend we went to an ice fishing derby that my boyfriend's company hosted - we didn't catch anything but it was a beautiful winter day to be outside. That wrapped up around 3PM so we got back to the city and decided to check out Festival De Voyageur. It was muddy and wet everywhere but was neat to be there since I hadn't been since I was 8. Ate some junk food, had a few beers, and watched the band perform a few songs.
This weekend I participated in a badminton tournament as a team with my boyfriend and then with our friend because one of the teams didn't show up. I hadn't played in over 10 years except for two Mondays ago since I figured I should give it a try before the actual tournament. The only game we won was by default because the other team didn't show up. 😒 Either way it was mostly fun and I got some cardio in before doing my workout later that day. 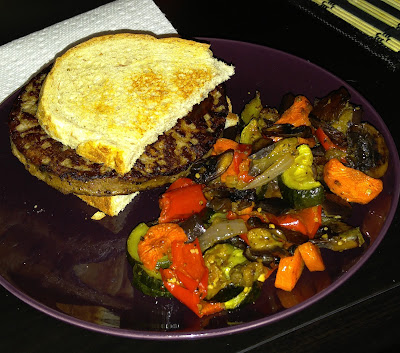 This was my dinner on Thursday last week. I roasted up some veggies with olive oil, garlic, onion, and herbs, and fried up a mushroom swiss veggie burger. These are from Superstore, the President's Choice brand and they are so good. So juicy and meaty, without feeling like you're eating meat (because that grosses me out and is one of the reasons I went vegetarian.) 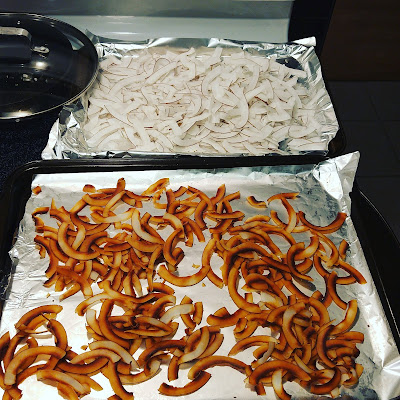 I also cooked up some coconut chips a few weeks ago (and forgot to post about it.) After a year of saying I want to make them I finally did. I used Martha Stewart's recipe because baking it whole makes the first crack for you so you don't risk hurting yourself (as much) as trying to make the first break with a hammer.

They turned out great and it made a lot. The coconut was under $3... so when you think about how much you're paying in store for a way smaller amount it makes sense to make them yourself. Next time I'm going to try flavoring them and I won't bake them as long. The only thing I did to season them was a bit of sea salt as the recipe says. I still have some left but will report when I try using a different flavor.

I leave for Mexico in 11 days!! Like I mentioned above I've been indulging.. as I normally do, so I need to do some cleaning up in the diet department and push myself with my workouts. I just finished a 4 week Fitness Blender program so tomorrow I'm starting Millionaire Hoy's BOOM 500, 28 day program. I did his Snatched For The Summer program last year before summer and I loved the results from it but found it didn't have enough weight training for me. So this one appeals to me because it looks like it incorporates more weights. 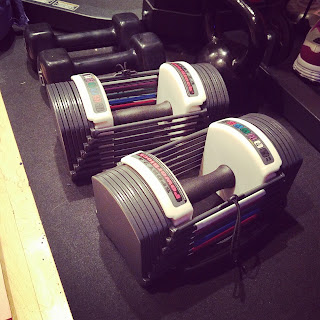 I also want more weight exercises because I finally caved and bought the Power Block adjustable weights!! They were definitely an investment with the price tag attached to them, but they are totally worth the money when they replace 8 sets of weights and save space. I definitely need heavier weights because I haven't been this sore in years. I had 10lb and 20lb weights - so I needed heavier than 10 but obviously a 10lb jump was too much, so I had just always kept with the 10lbs. These are improving my fitness game a lot already and I highly recommend them.

I was doing terrible with my workouts and was skipping them way too often the last few months so I was pretty excited to see February with minimum 4 workouts a week, and that was only one week - the rest are 5 days!! I like to keep track of my workouts in my note book for details of the exercises done (when I make my own) but I like a visual like this to see how I'm doing at making exercise a priority.

That's all for today, I hope everyone had a great weekend - let me know what you got up to!!